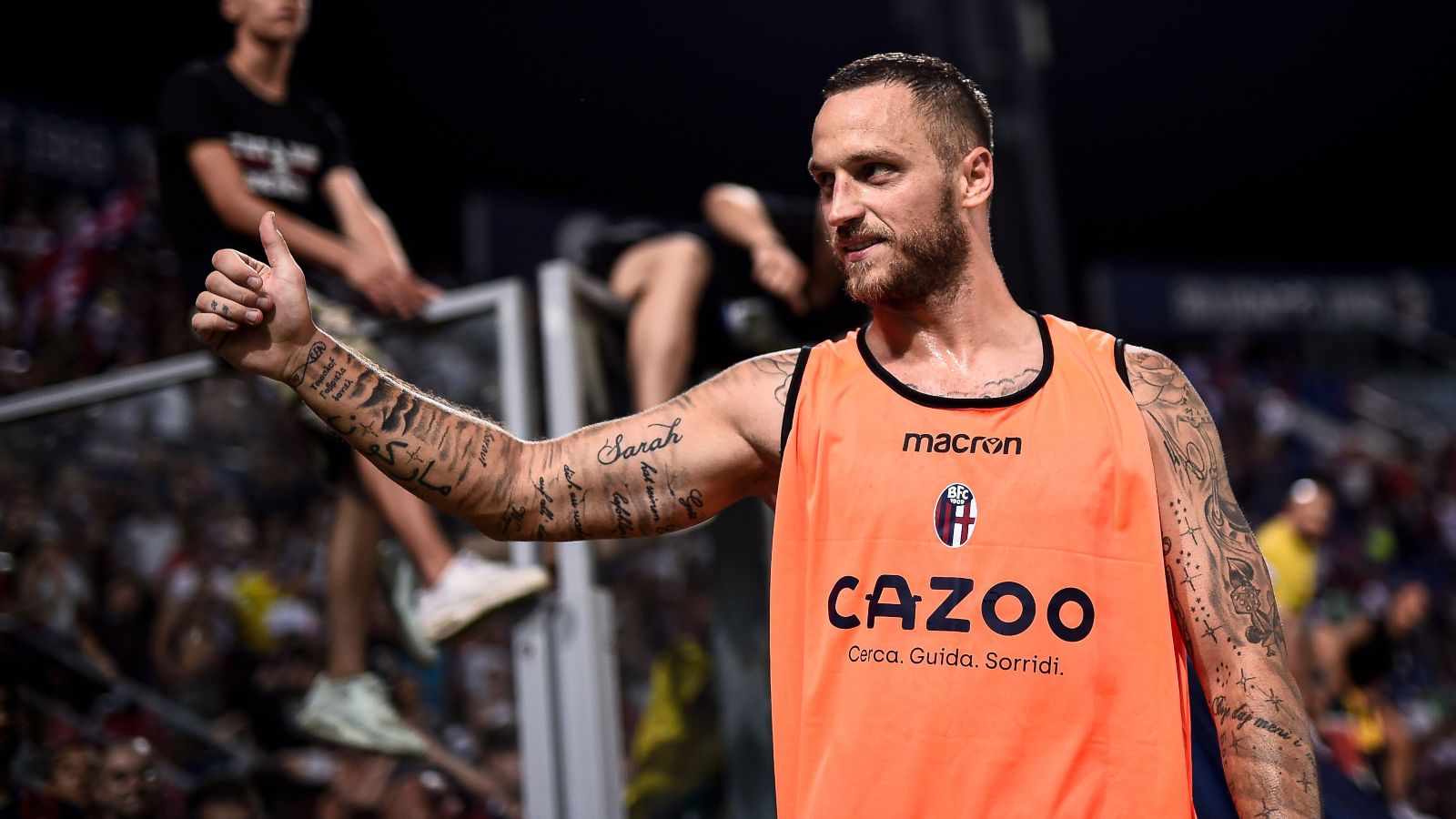 Bologna manager Sinisa Mihajlovic says he would be “happy” for Marko Arnautovic to leave and join Man Utd this summer.

The Athletic shocked everyone on Sunday by claiming that the Red Devils had made a bid of £6.8m for the former Stoke City and West Ham striker.

Arnautovic scored an impressive 14 goals in 33 Serie A appearances last campaign but a potential move for the 33-year-old has still surprised many.

Former Red Devils defender Gary Neville had a lot to say on Man Utd making a bid for the Austria international despite apparently having “nothing to say” on the issue.

“The first thing you do when the phone rings from Manchester United is reject the bid, because the reality of it is after losing that game against Brighton on Sunday, they’re actually negotiating from an even worse position than they were on Saturday, and that’s an even bigger problem for them,” Neville told Sky Sports.

“I’ve got a comment on everything in the world, apart from Manchester United signing Marko Arnautovic. I’ve got nothing to say.

“We’ve seen Radamel Falcao, Zlatan Ibrahimovic, Edinson Cavani, Odion Ighalo – desperate, it’s a pattern. It’s happening time and time again. I don’t even get angry or animated about it anymore. I’m not going to comment about it.”

Sky Sports claimed yesterday that a £7.6m bid from Man Utd had been rejected by Bologna as Erik ten Hag looks to follow up the signings of Tyrell Malacia, Christian Eriksen and Lisandro Martinez.

When asked about a possible move for Arnautovic on Sunday, Ten Hag said: “I don’t go into names because I think in this pre-season 250 players are involved or linked with Manchester United, so that’s it. We have two strikers, maybe a third one, with Marcus Rashford as well.

“So I think it was the right decision to do it like this. But the typical No 9 wasn’t available today.”

And now Bologna boss Mihajlovic has revealed that he has had talks with Arnautovic over interest from Man Utd and that he thinks “he will stay”.

“I would be happy for Marko [in case he joins United] but I don’t think he will leave,” said Mihajlovic.