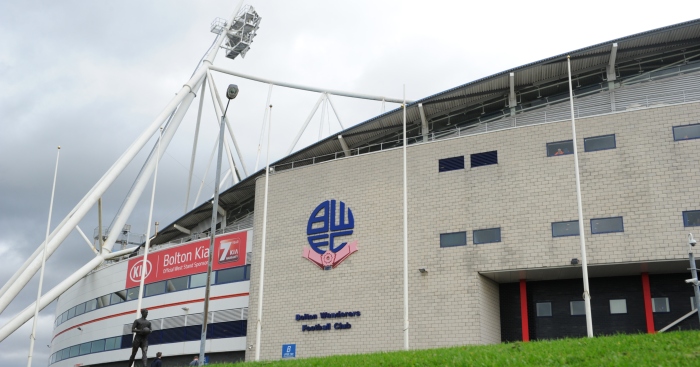 The sale of crisis club Bolton to Football Ventures has been completed.

Administrator Paul Appleton admitted that “some of the hurdles appeared insurmountable” before a deal was thrashed out.

Bolton were on the verge of liquidation after the English Football League gave the club’s administrators 14 days to either sell the Sky Bet League One outfit or prove they could be funded for the rest of the season.

But administrators announced Bolton’s sale early on Wednesday evening, meaning the Trotters have avoided the same fate as Bury, who saw last-minute rescue talks collapse and then lost their EFL status as a result.

Bolton, though, will battle on, having been in administration since May, which meant they started the current league season on minus 12 points.

In a statement, Appleton said: “This has been one of the most complicated administrations I’ve been involved with, but I’m delighted to say we have finally reached a satisfactory conclusion with the sale to Football Ventures.”

Appleton revealed on Monday there was no money left to fund the club after a takeover bid by the Football Ventures consortium had stalled.

Talks continued on Tuesday and there was optimism Bolton would meet the 5pm deadline to announce a deal had been approved, but progress came too late to stop the EFL enforcing a 14-day notice to withdraw the club’s membership.

Appleton added: “At times, some of the hurdles appeared insurmountable and the frustration felt has been immense, not least by the supporters who have had to endure too many weeks of uncertainty.

“I would like to pay particular tribute to the Eddie Davies Trust and their legal team who, throughout this whole process, have been willing to do everything in their power to ensure Eddie’s incredible legacy was maintained and not sullied.”

The sticking point during talks was understood to be a dispute between the club’s most recent owner Ken Anderson and their biggest creditor, the family trust set up by Bolton businessman and benefactor Eddie Davies before his death last year.

And Appleton delivered a scathing verdict on Anderson, while praising the Trust.

“Even at the 11th hour when other parties were content to renege on their agreements, the Trust realised the very existence of Bolton Wanderers was at stake and were willing to find a compromise to save the club,” he said.

“It is a testament to their unflinching determination to do what was best for Bolton that we are able to complete the deal today.

“The Trust were forced to constantly compromise their position in the face of circumstances and demands which were wholly unreasonable. This says much about their determination not to allow Eddie’s beloved Bolton Wanderers to suffer any longer at the hands of Ken Anderson.

“Sadly, Mr Anderson has used his position as a secured creditor to hamper and frustrate any deal that did not benefit him or suit his purposes. Thankfully, with the assistance of the Trust and others, we were able to overcome this obstacle.”

Football Ventures said it had “remained focused on completion of the deal and nothing else,” adding that it was now “imperative” to begin the process of appointing a new manager.

Phil Parkinson and his assistant Steve Parkin stepped down from their roles last week.

“We understand Phil Parkinson and Steve Parkin’s decision to leave the club,” Football Ventures said, in a statement.

“They have behaved impeccably and loyally, and we wish them both nothing but the best for whatever the future may hold.

“It is now imperative that we commence the process of appointing a manager and strengthening the team with the right players to take the club forward.”

The EFL’s executive chair Debbie Jevans added: “Having worked closely with the administrators since their appointment in May, the EFL has been focused on working through this difficult and complex period of uncertainty with all parties.

“Following the completion of the sale, the club is no longer in administration and the notice of withdrawal issued as per the EFL’s insolvency policy has been cancelled.

“These past few months have undoubtedly been challenging and, at times fraught – never more so in the past few days – and I would like to thank all parties for their efforts in achieving the desired outcome.”

Bolton are set to resume League One action away to Gillingham on Saturday.