Home All The News Bong: Rodriguez abused me ‘because of the colour of my skin’ 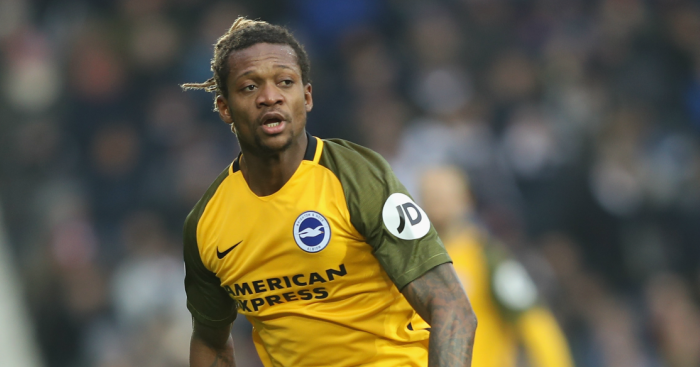 Gaetan Bong has revealed the extent of the alleged racist abuse levelled at him by Jay Rodriguez.

The FA are to investigate claims that West Brom forward Rodriguez abused Bong during the Baggies’ 2-0 victory over Brighton on Saturday.

Bong’s complaint was lodged with referee Martin Atkinson, who included it in his report on the match and the FA will now look into the matter.

“I think he was upset because I blocked him in the last play,” he told SFR Sport.

“After that, he said some words, some words that I would not repeat on television because this is mean and unpronounceable.

“He said racist comments and I just can’t take it.

“As you can see, I looked for the referee to tell him. I told the referee what Rodriguez said to me. First, the referee told me to get back in position. I didn’t accept that so easily.

“I talked to the referee. He did a report. And I hope there will be some sanctions.”

Bong was then asked whether Rodriguez made a comparison between the supposed smell and the Brighton defender’s skin colour when he pinched his nose.

“Absolutely,” he replied. “He did that because of the colour of my skin. Everybody can see this gesture. And I asked him to repeat what he said.

“At this moment, I think he realised what he said. And he tried to limit the damage.

“And I replied to him, ‘No, what you said was racist. And I will not tolerate that.’

“I signalled the gesture to the referee. This specific gesture to accentuate his comments.

“But I said, ‘You can’t say that; not to a human being and most of all to a black man.’

“This is already unbelievable coming from a fan [but] sometimes that can happen in a stadium.

“But when a football player said something like that, someone who earns a lot of money, someone who’s here to entertain… this gesture must be banned.”