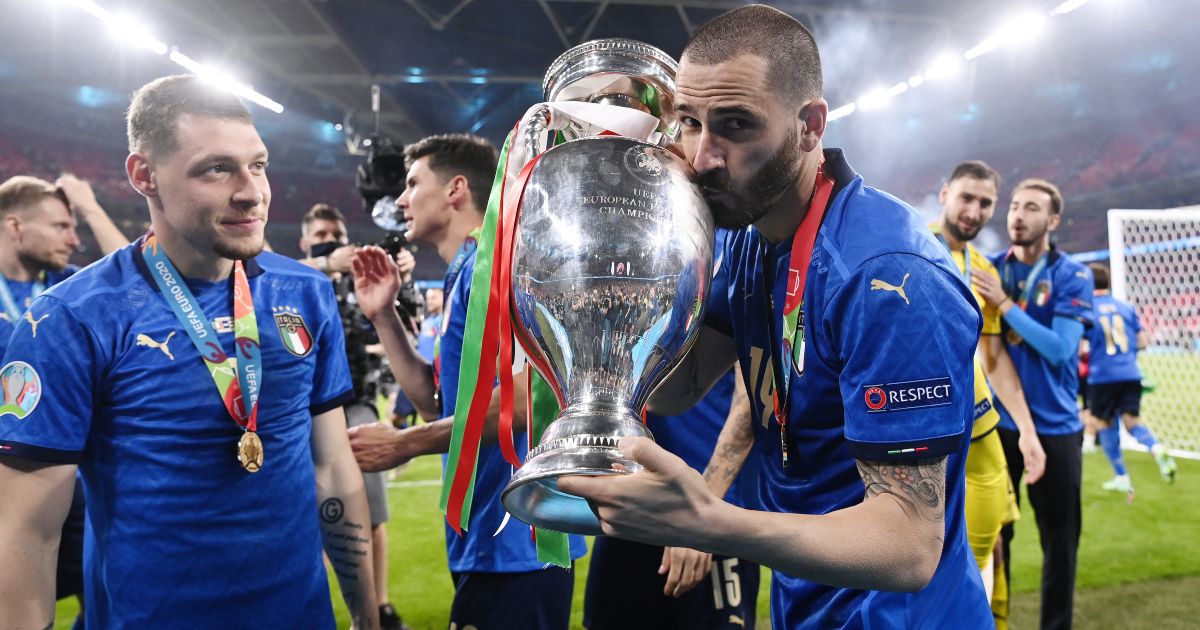 Bonucci played a star role in the Azzuri’s success at Wembley, cancelling out Luke Shaw’s early goal in the second half and then converting a penalty during the shootout which his side won 3-2.

It was a timely night of glory for the 34-year-old, who broke his country’s record for the most appearances in the European Championship with 18 and it delivered more heartache for England, whose 55-year wait for a major tournament victory goes on.

There was plenty of expectation that Gareth Southgate’s side would win, as their famous anthem Three Lions reverberated around the country following their semi-final win over Denmark on Wednesday.

But Bonucci said that gave his side motivation.

“Absolutely. We heard it day in day out ever since Wednesday night since the Denmark game that the cup would be coming home to London,” he said.

“Sorry for them but actually the cup will be taking a nice flight to Rome and that way Italians all over the world can savour this competition.

“It is for everyone, we said from day one it was for them and for us.”

The victory extends Italy’s unbeaten run to 34 games, going back to their failure to qualify for the 2018 World Cup.

Bonucci says the future of the squad under Roberto Mancini is good.

“This victory really proves that once you go all the way all you need to do is try and give yourself a push to get back to the top,” he added.

“You need to want it more than anything else, this is a renaissance for Italian football, and I am sure this squad and this great coach will make plenty of headlines going forward.

“We believed right from day one when we all joined up, there was different feeling in the air and it has come to pass.

“We never got tired of being together or spending time together, we had this burning desire to stay together and it is incredible.”