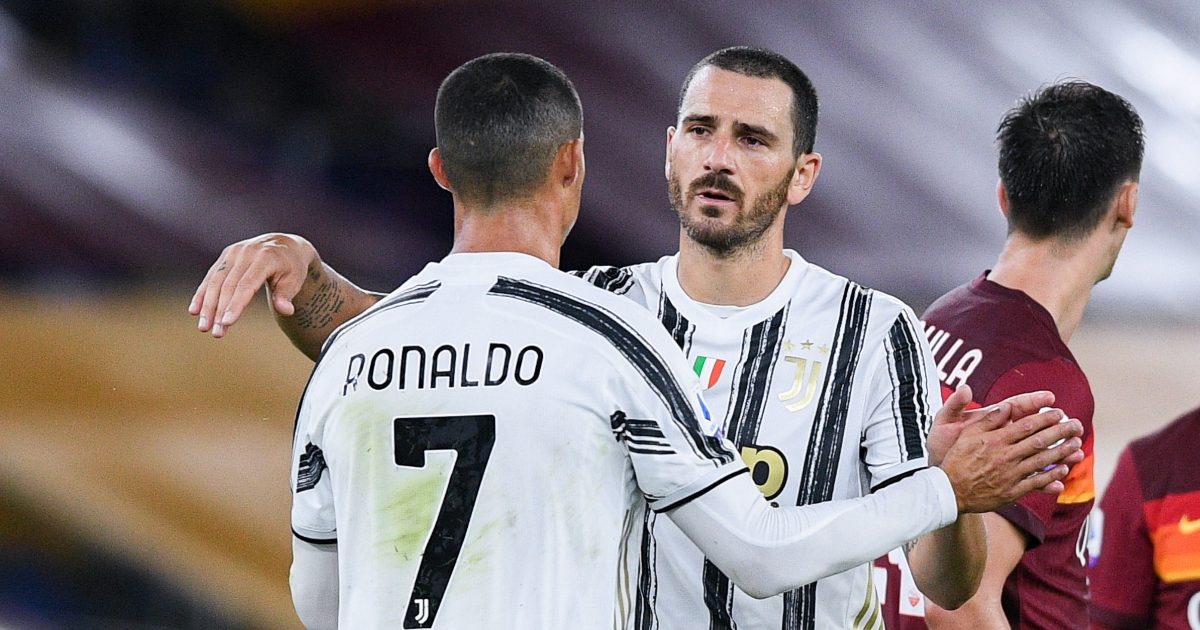 Juventus defender Leonardo Bonucci has suggested that problems arise when teams are too dependent on Manchester United star Cristiano Ronaldo.

Bonucci returned to Juventus ahead of the 2018/19 season. This was the same summer that Ronaldo joined the Italian side from Real Madrid.

Ronaldo won two Serie A titles at Juventus but he was unable to help them win the Champions League. He has four goals from five games for Man Utd since re-joining the club this summer.

Bonucci has told The Athletic that Ronaldo needed Juventus as much as they needed him:

“This was the thing. The idea that one player, even the best in the world, could guarantee Juventus victory.

“Cristiano’s presence had a big influence on us. Just training with him gave us something extra but subconsciously players started to think his presence alone was enough to win games.

“We began to fall a little short in our daily work, the humility, the sacrifice, the desire to be there for your teammate day after day.

“Over the last few years, I think you could see that.

“Last season, we finished fourth and won the Coppa Italia because we became a team again.

“If you had thrown a piece of wood in the dressing room before those games it would have caught fire such was the electricity running through it. We missed that.

“Maybe it was taken for granted that if we gave the ball to Cristiano he’d win us the game.

“But Cristiano needed the team as much as we needed him.

“Right now, as we speak, who’s better than [Salah]? Eight goals in eight games from right-wing, he’s not playing down the middle.

“There’s Messi and Ronaldo, who are on their own, but right now they’re not as good as Salah.