Home All The News Booing ‘not acceptable in 2021’, says England pioneer 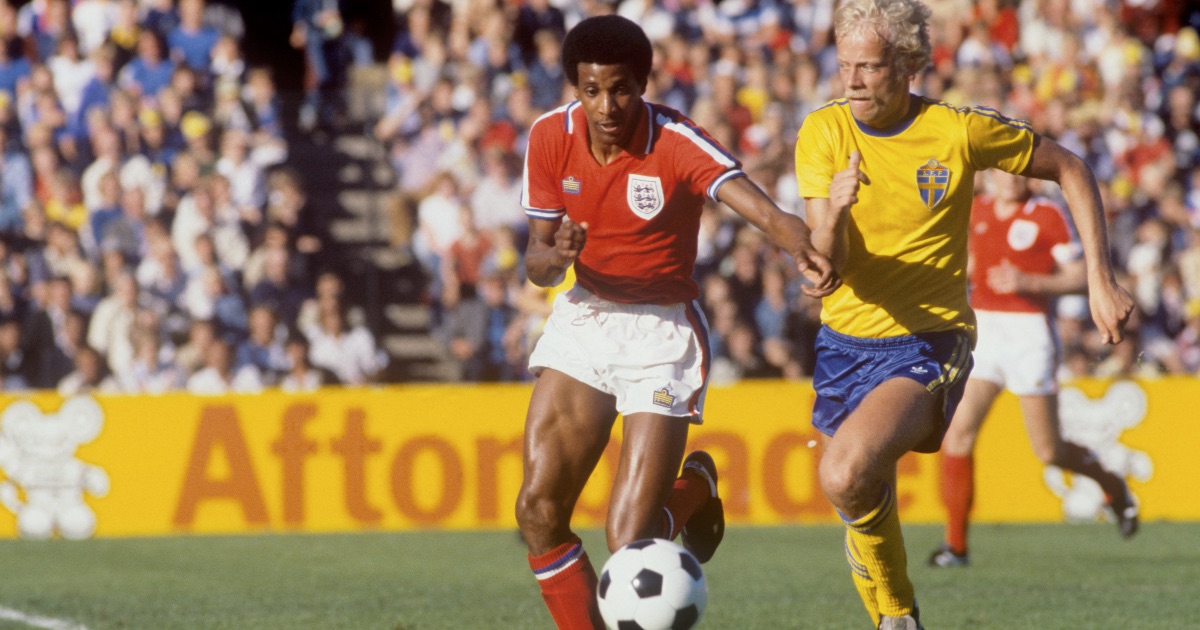 England’s first black international footballer Viv Anderson believes booing players taking the knee in the fight against racism is “bizarre to say the least” and “just not acceptable in 2021”.

The Three Lions’ European Championship campaign starts against Croatia at Wembley on Sunday but negative reaction from some fans to the team’s anti-discrimination stance has dominated much of the build-up.

Jeers were drowned out by applause when the team performed the gesture before warm-up games against Austria – England’s first match in front of fans in 18 months due to the ongoing coronavirus pandemic – and Romania.

Former defender Anderson, who won his milestone cap against Czechoslovakia in 1978 and collected 30 in total, has backed Gareth Southgate’s men to continue taking the knee and feels it could prove crucial in the quest to eradicate prejudice.

“The more people stand up and applaud, the more they drown them out and hopefully the message will get across to these people – it’s just not acceptable in 2021,” he told the PA news agency.

“You would think people getting back into stadiums and watching live sport again, they would jump at the chance but it turns out they want to boo their own players for taking the knee, I just find it bizarre to say the least.

“They should be in there trying to encourage the players to put in a good performance and encourage them to win the football match they have been starved of for many, many months. I just don’t understand it.

“My view is taking the knee is a powerful statement. It’s a big tournament and people will be watching it all over the world and if it’s one person who says, ‘why are they taking the knee?’ and then find out the real reasons why they are doing that, hopefully it will help other people in the future.

“Hopefully they educate a few more people and they take it on board what they’re trying to achieve.”

Anderson’s England career spanned more than a decade and included trips to four major tournaments during the 1980s.

At club level, the 64-year-old lifted two European Cups, the First Division title and won the League Cup twice at hometown club Nottingham Forest before enjoying further success with Arsenal and Manchester United and then moving on to Sheffield Wednesday, Barnsley and Middlesbrough.

He feels working with children in the classroom is the most effective way to tackle racism in the long term, including sharing stories of black role models such as his former England colleague John Barnes.

“It’s very difficult to educate a 65-year-old man who has been going to football for how many years,” he said.

“It’s in the schools, education in schools, talking about people who have come through the ranks and done really well – John Barnes is a great example.

“They should be telling stories like this in schools and educating children, our next generation.”

Anderson often experienced racism during his successful playing days but said advice from former Forest boss Brian Clough helped him block it out.

He recalled his historic first appearance in an England shirt prompted a “really good response” from a crowd of almost 100,000 at Wembley.

While abuse back then predominantly emanated from the terraces, modern-day footballers face an ongoing battle against online racism.

Anderson, an infrequent user of social media, urged victims to try and avoid taking bigoted comments “to heart”, while warning potential abusers about their actions, referencing England cricketer Ollie Robinson, who was this week suspended from the international game due to historical racist and sexist tweets posted in 2012 and 2013.

“I’m on it but I don’t really use it that often. The person that’s abusing you is hiding behind anonymity, using false names and different things,” he said of social media.

“It’s a completely different world to where I was. At least I had it to my face or in a stadium, opposed to being behind a wall on the internet.

“For me, you’ve got to be really, really careful what you put out on social media.

“Look at the cricketer over the last few days, punished for something from 10 years ago. My other half is a teacher and she tells her sixth form, ‘you do not put things out on the internet that you don’t want to see ever again’.

“(Victims) have to report it but if you look at these things and take it to heart, it’s very difficult to go out and play the next day. I wouldn’t be looking at social media and what people are saying about me.”