Home All The News Boothroyd clinging to slim qualification hopes 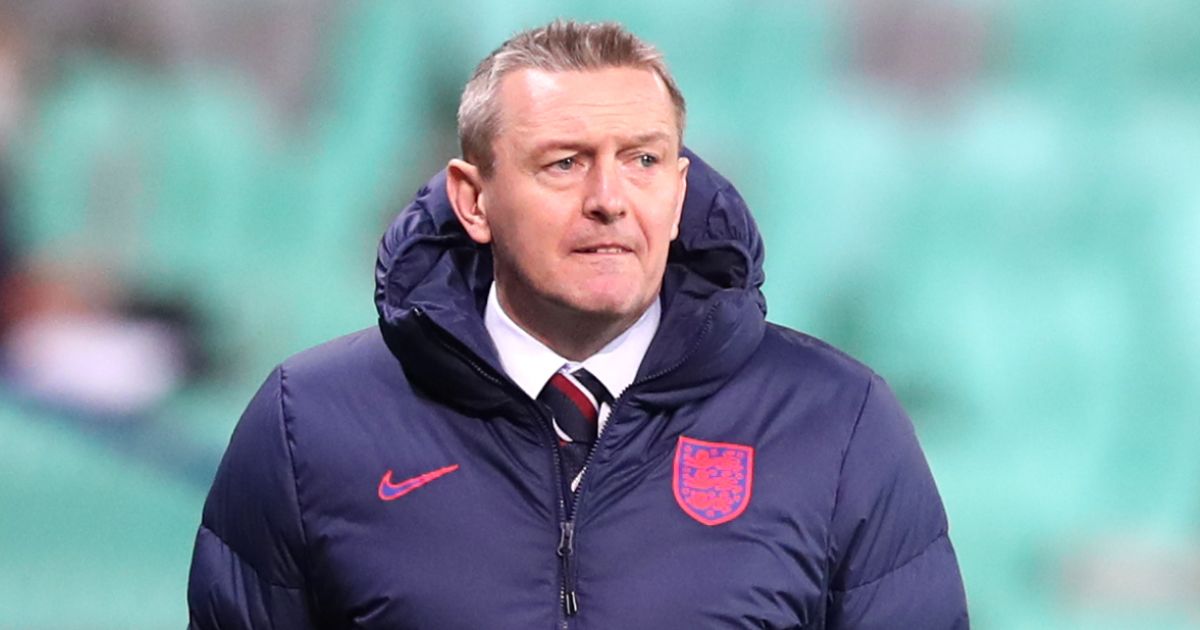 Boss Aidy Boothroyd insists the focus must be on England Under-21s’ slim qualification hopes and not his future after a limp defeat to Portugal left them on the brink of elimination at Euro 2021.

England failed to have an attempt on target despite Boothroyd’s pre-match pledge they would attack more after the opening 1-0 defeat to Switzerland.

The Young Lions have not had a shot on target from open play in their first two games in Slovenia.

They now need to beat Croatia by two goals and hope Switzerland lose to Portugal on Wednesday to reach the knock-out phase in two months.

Boothroyd – who is out of contract in the summer – said: “My view is, I’m here to do this tournament and we are disappointed. We have some hope so while there is hope we have to go after it.

“That’s what I have to do, not consider my future but the immediate future and see if we can get a result against Croatia.

“It does hurt because you always want to win, I have to do my job, pick the lads up, pick the staff up and go again.

“It’s still mathematically possible. We wanted to go into the final game with it still in our hands but unfortunately it’s not.

“Considering the amount of goals we scored leading up to this, it was a real strength of this group. To not have a shot or a real threat is something we need to rectify for the next game.

“It hurts a lot and I’m affected by it. It’s mathematically possible, we have to go out and get a good result. You have to make sure you bounce back when things go wrong.”

The Young Lions have won just three of 18 games in European Championship finals since 2011 and they deserved little from another poor display in Ljubljana.

Portugal continued to create the openings and Ramsdale saved Thierry Correia’s drive before Godfrey denied Mota a tap in from the follow up.

There was no threat from England – without the injured Callum Hudson-Odoi – and Portugal deservedly took the lead after 64 minutes.

Oliver Skipp lost the ball in midfield and Pote broke to feed Mota, who expertly curled into the corner off the post.

It got worse for England 10 minutes later when Marc Guehi’s clumsy challenge brought down Goncalo Ramos in the box and Barcelona’s Trincao fired in high from the spot.