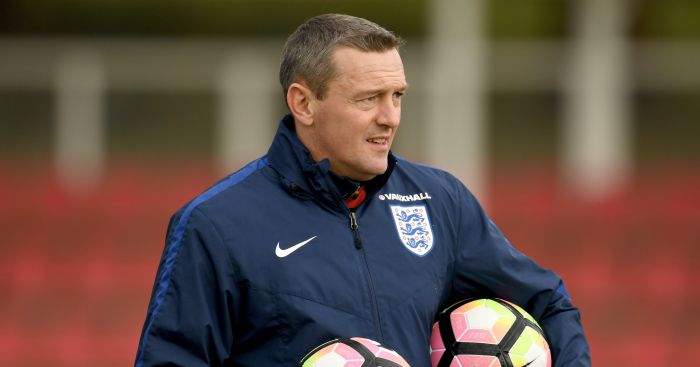 Aidy Boothroyd has been confirmed as England Under-21s’ permanent manager.

The former Watford boss has been in caretaker charge since Gareth Southgate stepped up to replace Sam Allardyce as manager of the senior team in September.

He will now lead the Young Lions to Euro 2017 this summer in Poland, where they face the hosts, holders Sweden and Slovakia.

Boothroyd’s contract as a national coach at the Football Association’s technical division runs until 2020.

The 45-year-old told thefa.com: “I am honoured to be given the task of leading England into the U21 European Championship. Having worked closely with this group of players in recent months, I know they are capable of achieving success in Poland in June.

“They have learned a lot from recent tournament experiences and this summer will be the next chapter of their development as an international player.”

He was the front-runner for the job and had previously said he did not feel he and Southgate needed to prove themselves to the governing body before Southgate’s permanent appointment to the senior side.

Southgate initially replaced Allardyce after the former manager was embroiled in a Daily Telegraph investigation into corruption in football.

Boothroyd was previously England Under-20s boss, having been appointed in 2014.

With Boothroyd in interim charge, the Under-21s reached Poland with a 1-0 win in Kazakhstan before a 5-0 victory over Bosnia in October to top their pool.