Home All The News Boothroyd: England U21s ‘not out of it’ despite poor defeat 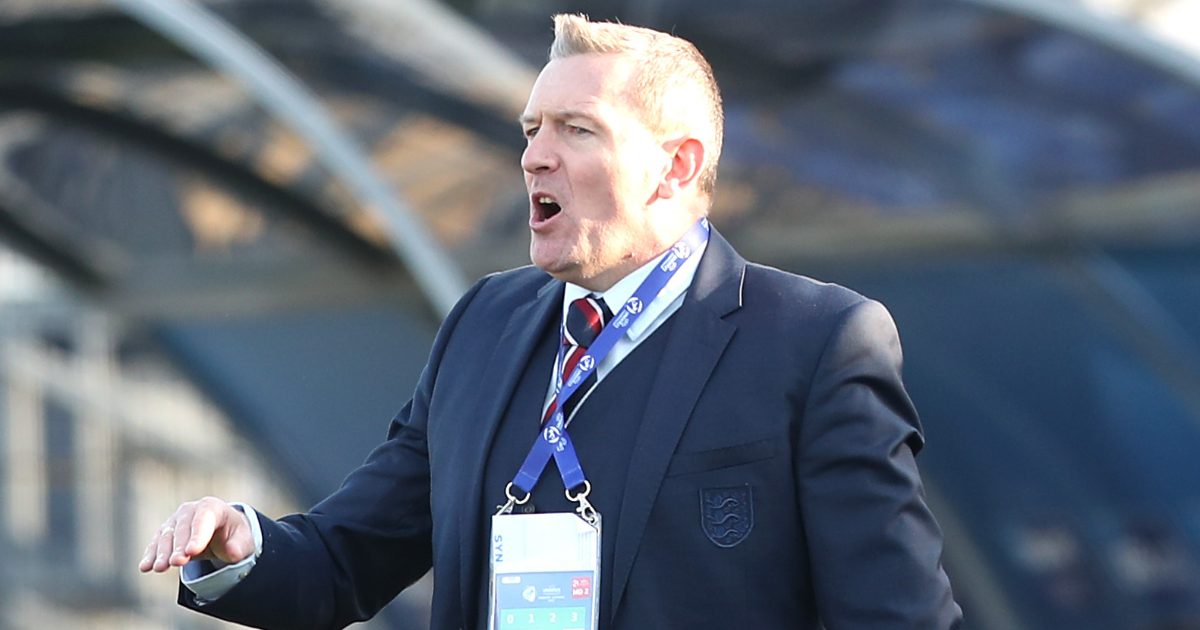 England U21 boss Aidy Boothroyd has insisted that his side “are not out of it yet” despite falling to a 1-0 defeat to Switzerland in their first Euros outing.

Switzerland had just 34 per cent of possession but were worthy winners, with Bastien Toma hitting the post and Aaron Ramsdale denying Andi Zeqiri.

OPINION: Is it time for England to ditch three-at-the-back?

The Young Lions now face Portugal in Ljubljana on Sunday before taking on Croatia in Koper on Wednesday.

The top two from each group qualify for the quarter-finals, with the tournament extended to 16 teams for the first time, and Boothroyd knows England still have a shot.

He said: “The format is different so we have more of a chance, we are not out of it yet and we are going to go for it. It’s a setback and we don’t moan about it, we get on with it.

“There’s no time for moping and feeling sorry for yourself with freak goals. We are still in it, we live to fight another day and that’s what we’ll do.

“It wasn’t all doom and gloom but the key thing is the result and we haven’t got it. We lick our wounds, focus very quickly on the next game and make sure we get a good result.

“We were safe and we were cautious, we played a lot of the ball in front of them but not in between and behind them. We have got to redouble our efforts and get a good result against Portugal.

“I’m disappointed because we didn’t do enough to score. We were positive with possession but that’s not enough.”

England, unbeaten in qualifying, never got going in Slovenia and Zeqiri should have given Switzerland a 14th-minute lead when Ben Godfrey lost the ball but shot too close to Ramsdale.

Organised Switzerland never looked in trouble with the Young Lions wasteful with their final ball and lacking tempo and direction.

Tom Davies and Callum Hudson-Odoi fired off target and Lloyd Kelly headed wide, but they failed to create clear chances.

Toma drove against the post five minutes into the second half after England again lost the ball and Boothroyd’s side failed to improve.

Ramsdale saved from Kastriot Imeri and it was no surprise when Switzerland found a winner with 12 minutes left.

Imeri laid the ball to Ndoye on the edge of the area and, despite slipping with the ball hitting his standing foot, it looped over Ramsdale into the top corner.