Home Manchester City Boothroyd on benching Foden: ‘We don’t want to break him’ 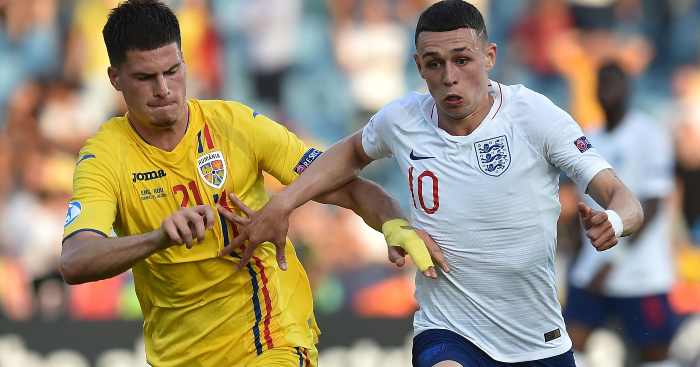 Boss Aidy Boothroyd has explained why he chose to start Phil Foden on the bench when England Under-21s’ crashed out of Euro 2019.

The Young Lions lost 4-2 to Romania in Cesena to make an early exit from the tournament following a second straight Group C defeat.

Demarai Gray and Tammy Abraham twice drew England level briefly during a breakneck finish but it was not enough and France’s 1-0 win over Croatia confirmed England’s elimination.

Boothroyd’s decision to bench Manchester City’s Foden – who scored a fabulous solo goal in Tuesday’s 2-1 defeat to France – was controversial and the midfielder only came on after 57 minutes following Ryan Sessegnon’s hamstring injury.

But Boothroyd said he had to manage the 19-year-old.

He said: “There is a fine line to tread. I have got to look after Phil. We all thought it would be right for him to come in as the game wore on and weave his magic.

“We want to keep him as fit as we can. We don’t want him to break because he is a terrific player.

“There is no agreement with Manchester City. We follow him on a regular basis, we know where he is training and playing along with everything else.”

Despite admitted England had “let the country down” and “under-achieved”, Boothroyd was adamant that he will not quit.