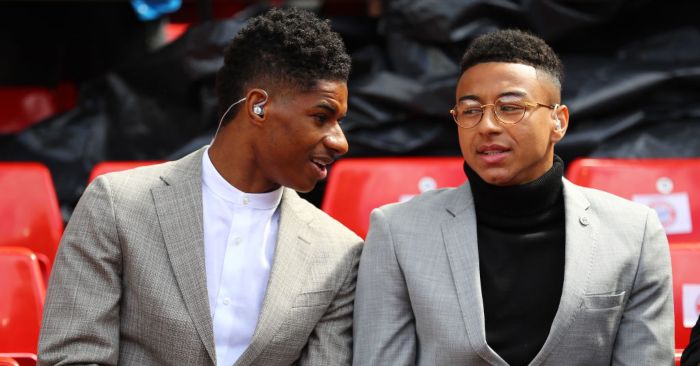 Jesse Lingard has hit back at Manchester United legends Roy Keane and Gary Neville after they criticised his decision to launch a clothing line, as the midfielder insisted he was “boring”.

Keane and Neville were quick to berate the underperforming star in the lead up to United’s crunch clash with Liverpool last season after the 26-year-old launched his JLingz fashion label.

But Lingard insists that the fashion label is not a big distraction and doesn’t affect his football.

“When the world cup was on I dropped a couple of pieces and they sold out straight away. Ever since then I’ve carried on doing it.

“I don’t do the manufacturing and stuff like that. I think people think I’m doing everything for it. They’re like ‘just concentrate on football’.. I don’t go to the factories, pack them, do you know what I mean?

“I’m not getting tired doing anything. If you came home with me you’d just think I’m boring.”

Keane had said during punditry duties on Sky Sports: “If that was a good, strong dressing room that wouldn’t be tolerated. That’s why I worry about the United dressing room.

“For a young player, still learning his trade, he could be the nicest kid in the world, I don’t know him. But you’re coming out with all that nonsense.

“I think football should be your No 1 priority. People say you should have other stuff outside of football but I don’t think you should.”

Neville, also in the Sky Sports studio for the Anfield showdown, added: ‘Earlier this week, you talk about players and characters.

“I am actually a big fan of Jesse Lingard and I have no problem with him launching a clothes range, but don’t launch it before Liverpool away, one of the biggest games of the season.

“But you see that little thing and I thought ‘not this week’ it’s Liverpool.

“Concentrate on Liverpool, no distractions. No disruptions.'”