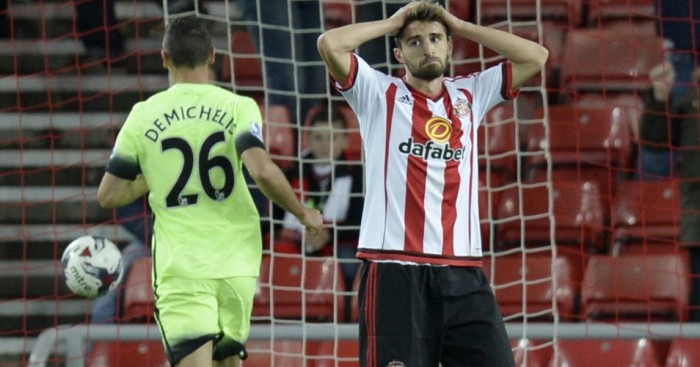 Fabio Borini has told Sunderland they must tighten up but insists Saturday’s trip to Manchester United is great opportunity to arrest their woeful form.

The Black Cats are bottom of the Premier League and were dumped out of the Capital One Cup on Tuesday night after being hammered 4-1 at home by Manchester City.

There is little respite for Dick Advocaat and his players with United waiting to entertain the struggling Wearsiders this weekend.

But Borini insists a full house at the Theatre of Dreams is just the environment his beleaguered team-mates should relish.

The striker told the club’s official website: “These are the games you want to play in.

“There will be 80,000 people at Old Trafford and we’re playing one of the best teams in the league.

“Now we need to recover, train hard and prepare well to ensure we’re more compact than we were against Manchester City.”

“You always want to score against big teams and my aim is to try and score in every game, so I will recover as quick as possible and see.”