Home All The News PM: Football banning orders to include online racist abuse 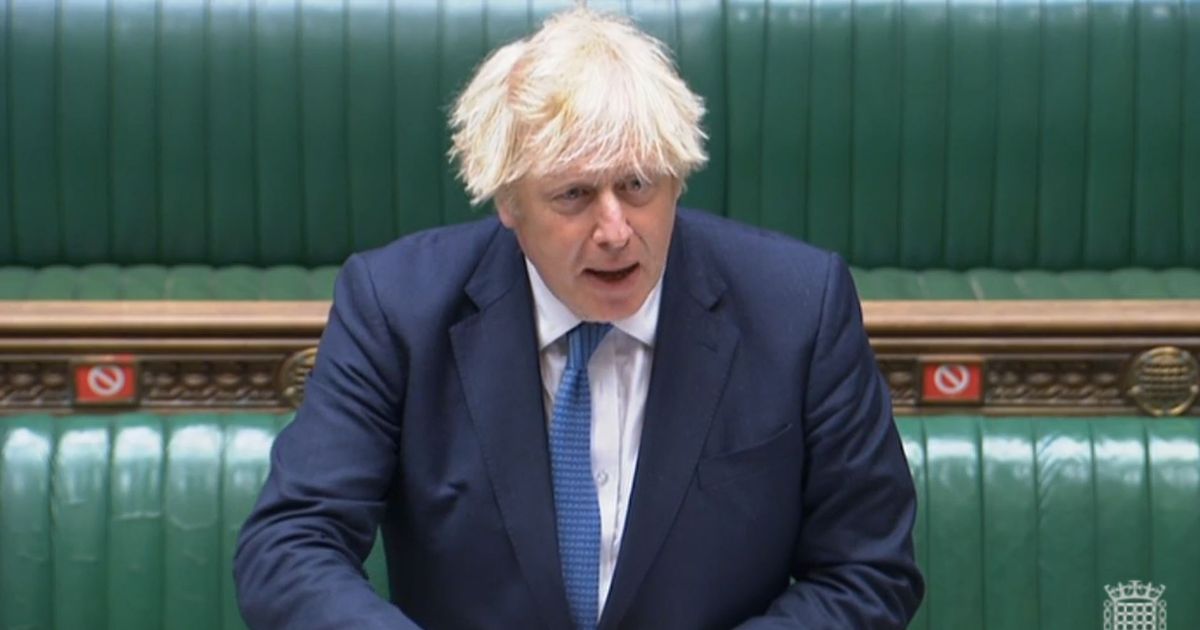 There has been widespread condemnation of racist abuse received by England trio Marcus Rashford, Jadon Sancho and Bukayo Saka after they missed penalties in England’s Euro 2020 final shoot-out defeat to Italy on Sunday.

And responding to a question by Labour leader Sir Keir Starmer at Prime Minister’s Questions, Johnson said: “I want to thank each and every one of them for what they did, their incredible campaign they ran in the Euro 2020 championships, and they do represent the very best of our country.

Why is Kane always anonymous when it really matters?

“I repeat that I utterly condemn and abhor the racist outpourings that we saw on Sunday night, and so what we’re doing today is taking practical steps to ensure that the football banning order regime is changed, so that if you are guilty of racist abuse online of footballers, then you will not be going to the match, no ifs, no buts, no exemptions and no excuses.”

Banning orders allow magistrates to prohibit individuals from attending all regulated matches in the UK if they are convicted of relevant offences.

While they may also be required to surrender their passport before overseas matches and tournaments, the legislation does not currently cover online incidents.

The orders can last between three and 10 years and are believed to be largely handed out for violent and public disorder offences.

The Football Association has condemned the abuse of Rashford, Sancho and Saka said it would do all it could to support the players affected.

On Wednesday Greater Manchester Police confirmed a 37-year-old man from Ashton upon Mersey had been arrested after social media posts were directed towards England players following Sunday’s match.

Johnson had earlier told those who had abused England players to “crawl back under the rock from which you emerged”, and discussed the matter with social media companies on Tuesday.

But Number 10 also had to issue a defence of Johnson and Home Secretary Priti Patel over their earlier responses.

Aston Villa and England defender Tyrone Mings accused the Home Secretary of having managed to “stoke the fire” in the tournament by claiming the team’s taking of the knee against racism was “gesture politics”.

Support for the England players has continued to be shown across the nation, with a petition encouraging permanently banning racists from football matches passing a million signatures in just two days.

Shaista Aziz, Amna Abdullatif and Huda Jawad created the petition on Monday, calling for the FA and Government to work together to ban “all those who have carried out racist abuse, online or offline, from all football matches in England for life”.

The trio of campaigners, who call themselves The Three Hijabis due to their heritage and dress, have seen their petition go viral.

“To go over one million… we feel validated in our resistance to racism and that what we have been able to articulate is the sentiment that is held nationwide,” Jawad, a feminist and anti-racism activist, told the PA news agency.

And after Johnson made his announcement, Aziz tweeted: “Thanks to a collective of 1 million+ people who made this happen! We are proud of our #TheThreeHijabis campaign and of everyone coming together to kick out racism from football and society. We stood up for our @England squad and for each other.”

Thanks to a collective of 1 million+ people who made this happen! We are proud of our #TheThreeHijabis campaign and of everyone coming together to kick out racism from football and society.
We stood up for our @England squad and for each other. @AmnaAbdul1983 @hudzyboo https://t.co/OqLAYSinS4

The announcement of the change in policy came on the same day that Portsmouth launched an investigation into allegations that racist messages were posted about England players in the club’s academy under-18s group chat.

Screen shots purporting to be from the chat following Sunday’s defeat were widely circulated on social media on Wednesday morning, and the Sky Bet League One club are now looking into the matter.

A club statement read: “Portsmouth Football Club are aware of images circulating on social media that allegedly originate from an academy u18 group chat and which are discriminatory in nature.

“The club have launched an immediate investigation and will provide an update once this has been completed.

“Portsmouth Football Club strongly condemn racism and are totally committed to the elimination of all forms of discrimination. There is no place for it in our game or society as a whole.”

It is understood the club have notified the EFL and Kick It Out in regard to the alleged discriminatory posts, but at present the club investigation is the only one taking place.

The investigation is being conducted by senior management at Portsmouth and it is understood that it centres on the one screen shot which has been widely circulated on social media, and that the club are not aware of any additional abuse within the chat.