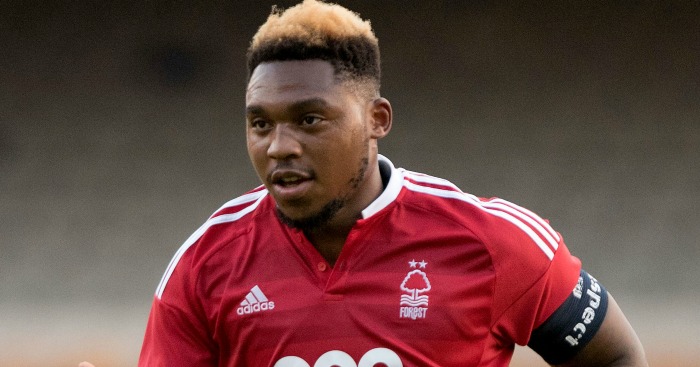 Middlesbrough have announced a club-record deal to sign Britt Assombalonga from Nottingham Forest.

The 24-year-old striker has signed for Garry Monk’s Championship side despite an injury-hit three years at the City Ground.

Assombalonga is a proven goalscorer in the Championship, having netted 30 times in 47 league starts since signing for £5.5million in 2014.

However, persistent injuries have held back his progress, with a serious knee injury ruling him out for much of the 2015-16 season, but he signed a new five-year deal last summer after proving his fitness.

Boro have been looking to strengthen their attacking options after managing just 27 goals in the Premier League last season and claimed they beat off competition from top-tier clubs to sign the striker.

Assombalonga told the club’s website: “I can’t wait to meet the manager and get ready for next season. There’s a good feeling around the place. From the minute I walked in it felt right.”

He added: “I want to thank the Forest fans for being behind me, especially after my injury.

“They gave me a chance in the Championship and I want to say thanks to them and wish them all the best for the season.”

A Forest spokesman said on the club’s website: “Middlesbrough outbid various other clubs to sign Britt Assombalonga. As a club we felt that since the fee agreed met the buyout clause in his contract and he wanted to move it would be wrong to stand in his way.”