Home All The News Bould, Lehmann may leave in Emery’s Arsenal staff overhaul 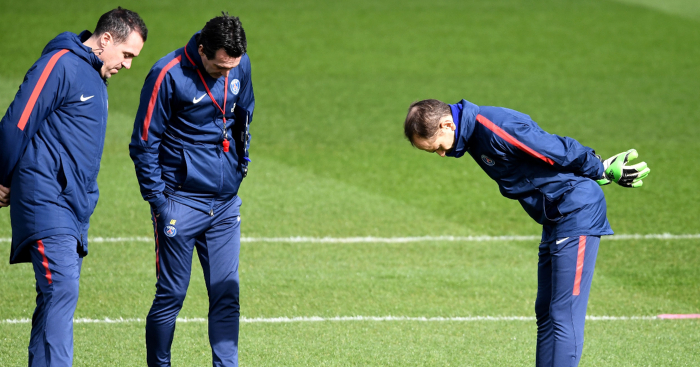 Steve Bould and Jens Lehmann may have to leave Arsenal as Unai Emery sets about enacting change at Arsenal.

Emery was appointed Arsene Wenger’s successor last week, and has wasted no time in bringing his own people in.

Javi Garcia confirmed earlier this week that he would be joining the club as goalkeeping coach.

That means Lehmann’s future as current first-team coach is in doubt as Emery’s backroom overhaul continues.

The new manager wants to ‘appoint five of his closest allies’ according to The Sun, with his PSG assistants Juan Carlos Carcedo and Pablo Villa top of his list.

Bould could therefore be forced out – although he ‘has been asked to be a link-man between Emery and the players’.

Julen Masach will also replace Tony Colbert as fitness coach, while video analyst Victor Manas is being lined up.