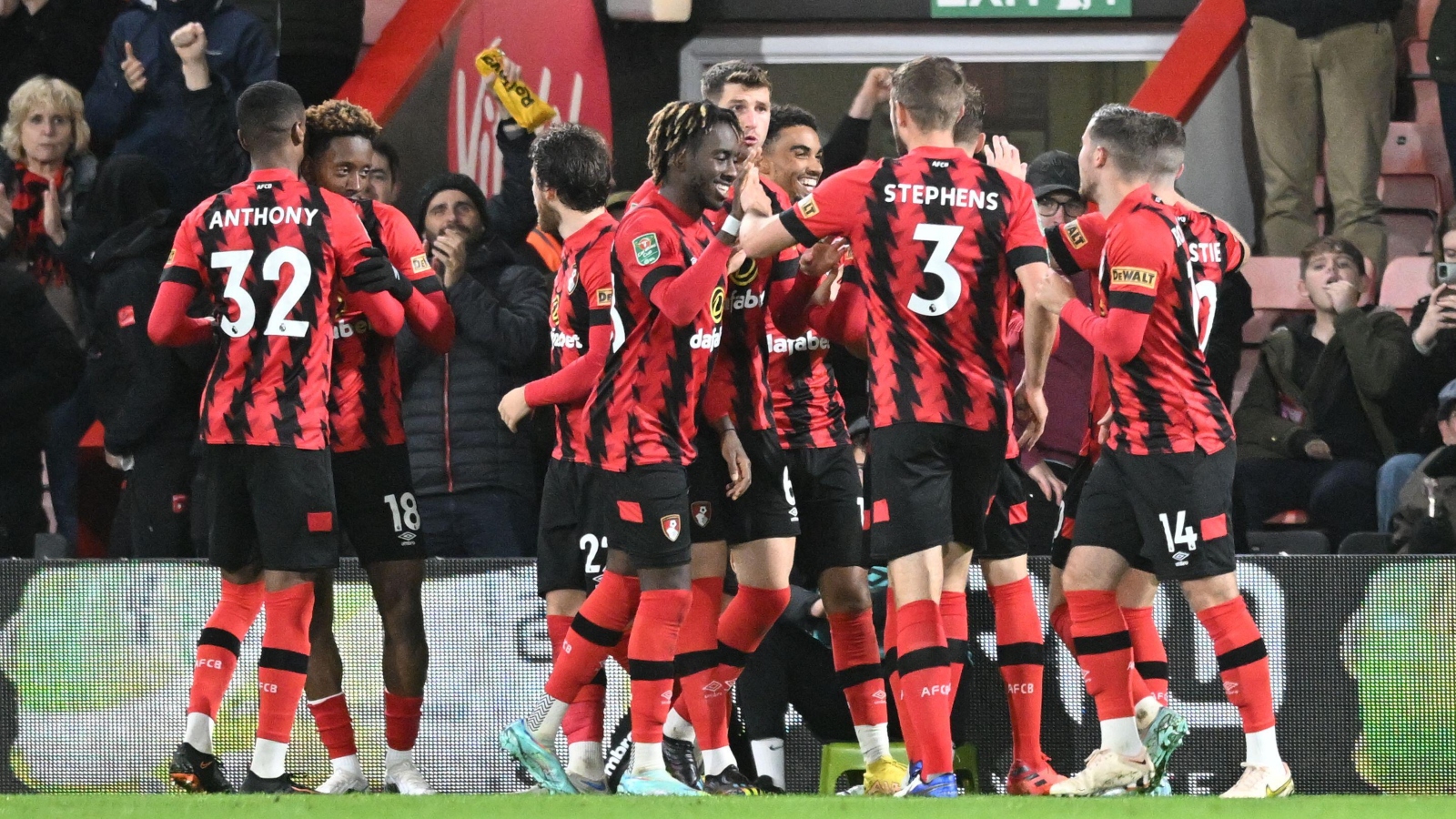 Frank Lampard’s Everton succumbed to an embarrassing Carabao Cup exit as they were battered 4-1 by Bournemouth at the Vitality Stadium.

The Toffees were made to pay for a number of defensive mistakes as Bournemouth ended their run of four successive Premier League defeats to ease into round four.

Jamal Lowe, Junior Stanislas, Emiliano Marcondes and Jaidon Anthony were on target for the hosts, with Demarai Gray replying.

Lampard made 11 changes following the Premier League defeat at home to Leicester, while Mark Travers and Chris Mepham were the only survivors from Bournemouth 4-3 loss at Leeds.

Lowe took just seven minutes to fire the hosts in front as his shot deflected off James Garner and looped over the stranded Asmir Begovic.

Tom Davies wasted a gilt-edged chance to equalise just four minutes later. Abdoulaye Doucoure slipped the ball through to send Davies clean through but the midfielder blazed high over the crossbar.

Travers made a smart save in the 14th minute to tip behind Garner’s vicious strike.

Everton had another good opportunity to level a minute later when Anthony Gordon headed over from six yards with the goal gaping.

Gordon was lucky to escape with only a yellow card a minute before half-time following a poor challenge on Jordan Zemura.

Mason Holgate gifted the Cherries the chance to double their lead two minutes into the second half. He was robbed by Ryan Christie after slipping on the edge of the penalty area and Christie then set up Lowe to fire the ball across the six-yard box for Stanislas to tap home at the far post.

Lampard reacted with a triple substitution, bringing on Gray, Alex Iwobi and Dwight McNeil – with Gordon amongst those replaced.

It would have been 3-0 in the 56th minute but for Begovic making a good save at his near post to keep out Anthony’s shot.

Lowe should have had his second in the 64th minute after being picked out at the far post by Zemura’s teasing cross – but he could not keep his header down.

Gray got Everton back in the game in the 67th minute when he curled into the top left corner from just inside the penalty area to reduce the deficit.

Bournemouth had squandered two-goal leads to lose each of their last two Premier League games and there was anxiety among the home fans.

However, the nerves were eased when Emiliano Marcondes tapped in from close range in the 78th minute after Begovic could only push Anthony’s initial shot into his path.

And it was game over four minutes later as Bournemouth cashed in on more terrible Everton defending to score their fourth.

Nathan Patterson was caught in possession by Siriki Dembele and the ball eventually came for Anthony to slot into the bottom corner from 12 yards.