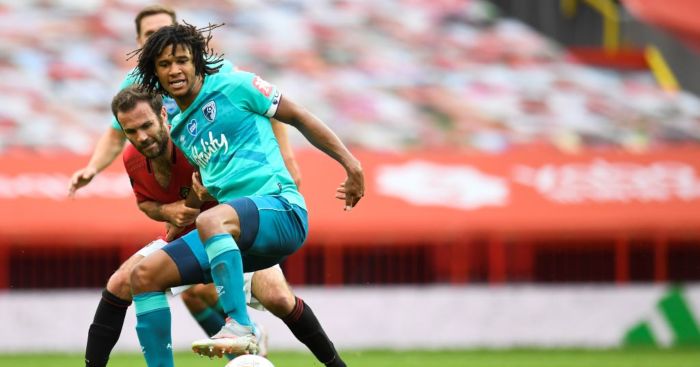 Man City have had a £41m bid accepted for Bournemouth centre-back Nathan Ake, according to reports.

The Netherlands international will now surely be up for grabs with the Cherries relegated to the Championship and it was claimed at the end of June that ‘early discussions have taken place’ over a potential move to Manchester City.

The likes of Chelsea, Arsenal and Leicester City have all been linked with Ake, while Man Utd boss Ole Gunnar Solskjaer fueled rumours that he could be heading to Old Trafford at the beginning of July.

However, it now seems that Ake could be on his way to neighbours Man City with reports indicating that Pep Guardiola’s men have had a £41m bid accepted for the Cherries defender.

🍒 BREAKING: @afcbournemouth have accepted a £41 million bid for Nathan Aké from @ManCity #afcb

Speaking before Bournemouth were relegated from the Premier League on Sunday, Eddie Howe refused to respond to rumours linking Ake with a move away, he said: “There’s going to be no comment from me on that.

“Everything beyond Sunday is not for me to comment on now. Let’s let that happen after the game.

“He’s a very good player, but he’s our player and he’s focused on trying to keep us in the division at this moment in time.”