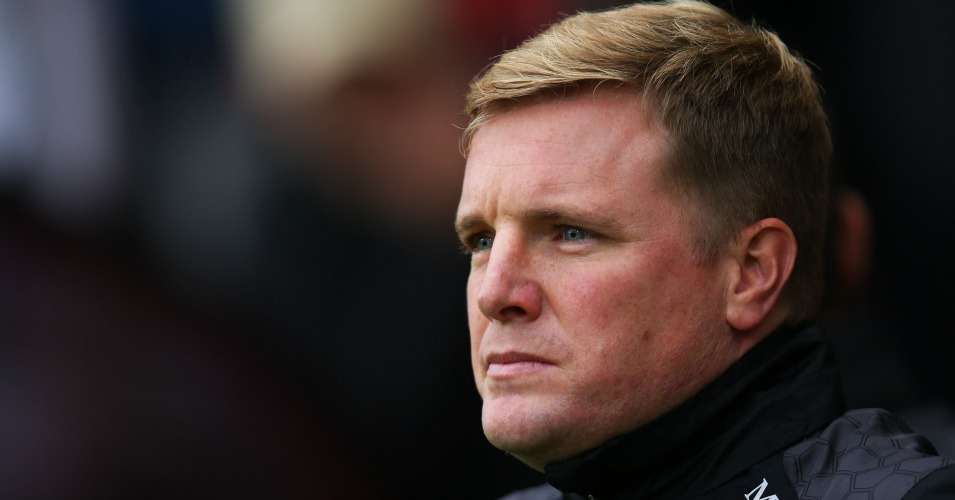 Dean Court might have been renamed the Vitality Stadium, but strength and energy is quickly being sapped from Bournemouth’s debut Premier League campaign. After their latest home defeat, this time to struggling Newcastle, Bournemouth slipped into the bottom three for the first time since August. Forget the long winter of discontent, autumn has been miserable enough.

Eddie Howe’s side may have conceded 12 goals in their last three league matches and only once on Saturday, but this was a defeat far more damaging than those to Manchester City, Tottenham or Southampton. Newcastle had gained only five points from their 14 away games in 2015, the worst record of the 94 league clubs. If losing at home to the worst away team isn’t one of the horseman of the relegation apocalypse, nothing is.

The party line on Bournemouth’s season is that they have suffered dreadfully at the hands of Lady Luck, and there’s a valid point to be made. Long-term injuries to Tyrone Mings, Callum Wilson and Max Gradel curbed the club’s enthusiasm. Before the game chairman Jeff Mostyn promised that transfer funds were available in January.

“Cruel, bad luck,” Howe said in an interview with the Guardian this week. “Our gut feeling was that Tyrone had a serious one but Max, we hoped, would be a matter of weeks. To get told on the same day that Tyrone was going to be a year and Max six months, that was a black day. But then to lose Callum a few weeks later, in the manner that we did, was really tough.”

Howe will also consider that his side were desperately unlucky to have lost to Newcastle, having registered 68% possession (comfortably their highest of the season), had 20 shots (comfortably their highest of the season) and 16 corners (comfortably their hig… you get the point). Goalkeeper Rob Elliot was an injury doubt for the game, but produced his best performance in a Newcastle shirt to thwart Bournemouth’s attackers. Other than Chancel Mbemba (again), no other visiting player performed particularly well. Steve McClaren will not care a jot, given that Newcastle recorded consecutive clean sheets for the first time in 2015.

Yet Howe must also accept his side’s own role in Bournemouth’s bluntness. For all the talk of Elliot’s brilliance, he didn’t make a single save that you would consider to be beyond expectation, and the home side had one shot on target after half-time. It’s hardly Lev Yashin stuff.

Bournemouth have now scored one goal in their last three matches despite having 44 shots. You can’t blame miraculous goalkeeping every week. Five goals in six home league games; introspection is necessary.

If fortune is at least partly to blame for Bournemouth’s difficulties in scoring goals, they have made all of their own bad luck in defence. Ayoze Perez’s goal was the 25th Bournemouth have conceded this season. It’s a statistic often repeated on this site, but the worst Premier League defence has been relegated in every single Premier League season. At the time of writing, Bournemouth hold that dubious honour.

Perez’s goal was also from the 48th shot on target Bournemouth have faced this season. Eleven Premier League teams have faced more, but all have conceded fewer times.

Firstly, that suggests that the chances Bournemouth allow the opposition are more presentable opportunities than the average, but it also raises huge questions of the club’s goalkeepers. Particularly when you compare them to the performance of Elliot, at best Newcastle’s No. 2 (and possibly No. 3 after Karl Darlow’s arrival).

The best goalkeepers typically register a save percentage of 75-80%. Of the 26 to start three Premier League matches or more this season, 22 boast a rate between 63% and 83%, with Petr Cech at the top of the list.

The table above (taken from Opta) indicates Bournemouth’s biggest issue. Artur Boruc has been heavily criticised this season, making three errors this season which have directly led to goals – more than any other player in the division. In fact, only one goalkeeper has performed worse; his replacement.

Bournemouth’s dominance over Newcastle on Saturday was proof of a midfield outperforming the opposition, but their failure to take a point indicates far more than bad luck. If the midfield can be absolved of criticism, at both ends of the pitch it has simply not been good enough.