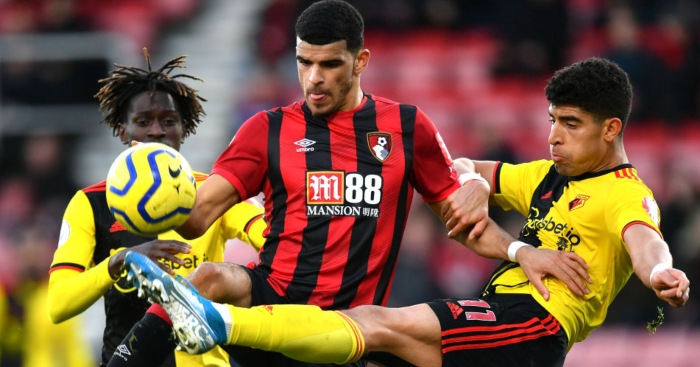 Pretty much a year ago came my ‘game’s gone’ moment of Bournemouth’s reported £75m valuation of Callum Wilson, which now seems particularly prescient as his value has plummeted closer to £7.5m after a run of goalless games stretching back to September. But Wilson looks positively prolific next to strike partner Dominic Solanke, signed in a £20m move that looked questionable last January and now looks utterly ludicrous; his one and only Premier League goal came in May 2018 for Liverpool.

There was absolutely nothing in Solanke’s performances for Liverpool that suggested he was a £20m player. Well, nothing other than the fact that he was actually playing in a Liverpool shirt at all, which appears to have boosted his ‘value’ purely by association. He somehow played 27 games for the Reds and never looked remotely good enough to play more than a handful, which magically made him an England striker and then magically made him a £20m striker. Of all the achievements of that great Merseyside club over the last five, extraordinary years, this piece of business may truly rank as one of the best.

The cynic in me suspects that Liverpool signed Dominic Solanke for £4m with no real hope of him making it but because they knew his price tag could only ever go up. And you know what – they were absolutely right.

And you absolutely know that Michael Edwards, when pondering the possible sale of Solanke (who had played literally no Premier League minutes for Liverpool in the first half of that season) knew that he would find a buyer in Bournemouth. Only a club willing to spend £15m on Jordon Ibe would think that £20m for Solanke sounded like an excellent deal. Only a club willing to pay any money at all for Brad Smith would think that £20m for Solanke sounded like sensible business. Do the Cherries get so giddy that they are even in the same room as Liverpool negotiators that they lose all concept of worth? Is ‘once played for Liverpool’ really the only reference they need?

This weekend, Bournemouth sunk closer to relegation after yet another defeat, with £20m Solanke playing 90 minutes of football that boasted no shots and no chances created, while £15m winger Ibe failed to even make the bench even though the club are beset with a plague of injuries. As for Australian left-back Smith, he has recently returned from a loan spell with Seattle Sounders but is not part of Eddie Howe’s plans even though he has lost two left-backs to injury. Bournemouth have five times done business with Liverpool since becoming a Premier League club, and the three permanent deals have been nothing short of disastrous. Even loanee Harry Wilson has been nothing more than a partial success, with his free-kicks masking a lack of creativity from open play.

Should Howe keep his job at Bournemouth – and surely after so many years, the best option for recovery is to be found within Howe himself and a squad slowly returning to fitness – then there does need to be change next summer. A clean break might be good for all parties, but what is clear is that his management team needs help in the transfer market. Of the club’s dozen most expensive recruits, perhaps only two are unqualified successes, with only Nathan Ake worth more than his purchase price and David Brooks absolved of the blame for this disastrous season by injury.

And the first lesson – before they offer £45m for Marko Grujic – has to be to stop picking up the phone to Liverpool and begging for cast-offs.