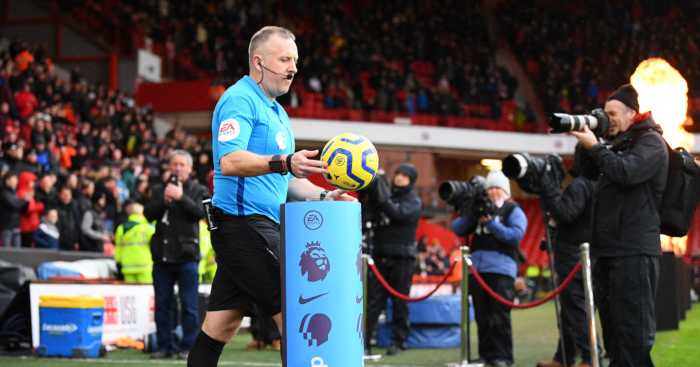 Bournemouth have asked the Premier League to “have a review” of the situation following claims referee Jonathan Moss made “sarky” comments towards the club’s players during Sunday’s 2-1 defeat at Sheffield United.

Midfielder Dan Gosling says Moss showed the Cherries “zero respect” and has called on him to “come out and apologise” after describing the official’s running of the game at Bramall Lane as a “disgrace”.

Speaking to the Daily Echo, Gosling said: “The ref didn’t help. Giving soft fouls away and little comments to two or three of the lads didn’t help as well, really.

“I thought it was very disrespectful what he was saying. It was just the little niggly ones and then the little sarky comments.

“The officials talk about respect at the start of the season and there was zero respect from Jon Moss on Sunday.”

The club, who sit two points above the drop zone, told the PA news agency on Wednesday they have asked the Premier League to look into the matter.

The 30-year-old confirmed the remarks were made during the game, and added: “I think he should really come out and apologise because I thought he was a disgrace.”

The PGMOL, the body responsible for Premier League match officials, has declined to comment.