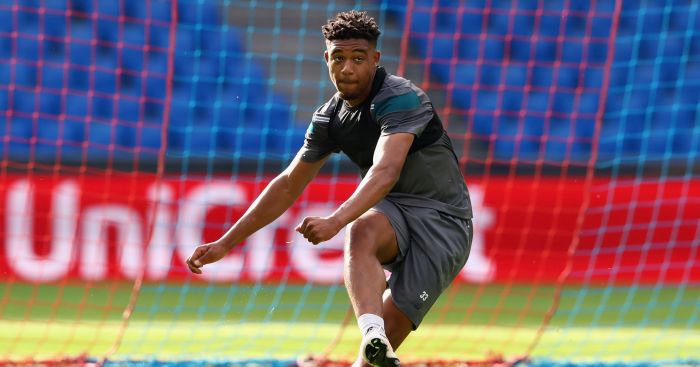 Bournemouth have completed the signing of England Under-21 international Jordon Ibe from Barclays Premier League rivals Liverpool for an undisclosed fee, reported to be a club-record £15 million.

The 20-year-old travelled to Chicago to link-up with his new team-mates during their pre-season tour, having agreed personal terms and passed a medical. With the signing, Bournemouth have smashed their previous transfer record of £9million for former Wolves striker Benik Afobe.

Ibe, who has four England Under-21 appearances to his name, had signed a new five-year deal with the Reds last May but with the recent arrival of Sadio Mane and the failure to secure a regular starting place under Jurgen Klopp, the winger looks to further his career at the Vitality Stadium.

“He played plenty of football with Liverpool last season and we’re looking forward to seeing him to continue to grow now with us, he’s a huge prospect.

“We’ve now signed five players this summer, all of whom have an abundance of potential.

“It shows that we’re serious about nurturing talent at this football club and we have the long term in mind when we say we want to stay in the Premier League.”

The Bermondsey-born wide man came through the youth system at Wycombe Wanderers, with whom he made his full league debut at the age of 15, before joining Liverpool in 2011.

Ibe made 58 appearances for Liverpool after making his first-team debut at the end of the 2012-13 season. He also enjoyed loan spells at Birmingham and Derby County.

A Liverpool statement read: “The winger has signed a deal with the Dean Court side to bring an end to his four-and-a-half-year spell with the Reds.

“Everybody at Liverpool FC wishes Jordon all the best in his future career.”