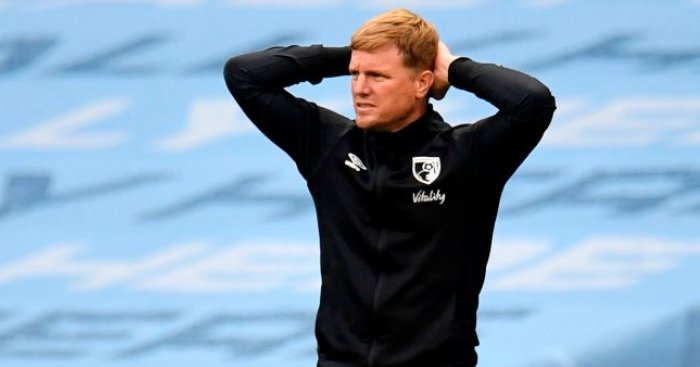 Bournemouth might struggle to win a potential legal case against Hawkeye, following their relegation from the Premier League, according to a report in iNews.

The Cherries will play in the Championship next season after a disappointing campaign under Eddie Howe.

They were also on the receiving end of a controversial fault in the Hawkeye system back in June, albeit indirectly, which gave Aston Villa the point they needed to stay in the Premier League.

Sheffield United’s ‘ghost goal’ was not given against Villa, even though the ball clearly crossed the line. The teams went on to draw 0-0, with everyone at Sheffield United and Bournemouth rightfully aggravated about such an error.

Bournemouth are yet to mount a case against the Premier League or Hawkeye. Talks are expected to begin in the coming days.

However, rules surrounding the system may prevent Bournemouth from being successful.

Laws put in place by the International Football Association Board (IFAB) on the topic of Hawkeye and ‘Match Validity’ state: ‘In principle, a match is not invalidated because of malfunction of the VAR technology (as for goal-line technology)’.

This means that matches affected by VAR or Hawkeye failures cannot be scrapped, with their results allowed to stand.

This would be a huge blow for Bournemouth as it would render the 0-0 draw as valid.

The club has had an honeymoon spell in the top-flight since their first appearance in the 2015-16 season.

They finished ninth in just their second season back in the Prem, surprising opponents with their fluent footballing philosophy.

Howe, the architect of that philosophy, is now uncertain about his future at the club after admitting that he has ‘not been good enough’ this season.

Bournemouth finished in 18th place with 34 points after a low-scoring season from forwards Callum Wilson, Dominic Solanke and Josh King.

Their fans will still be hoping for a court case similar to Sheffield United’s following the Carlos Tevez saga, where the South Yorkshire club received £20 million in compensation from West Ham.

Cherries fans will see money as far less important than playing in the Premier League. But a significant compensation pay-out could help to soften the blow and encourage an immediate return to the top flight.