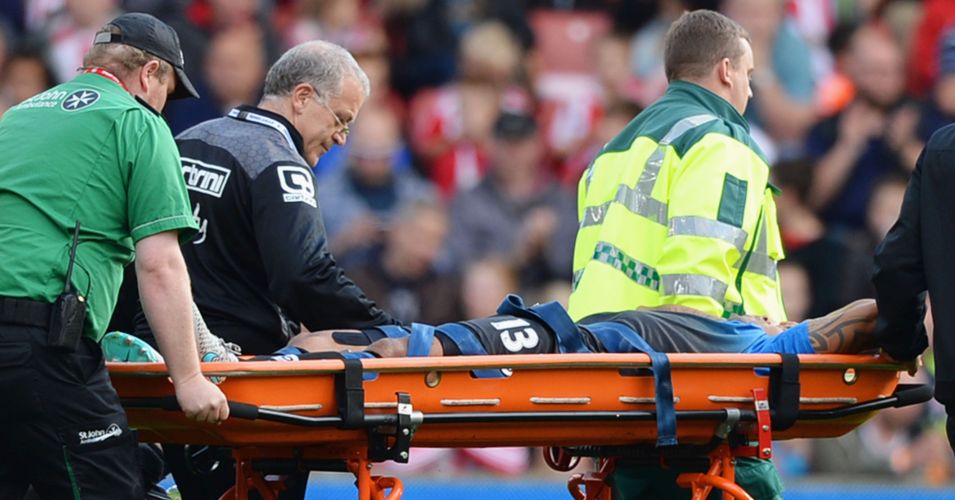 Bournemouth will be without Callum Wilson for at least six months after scans revealed the striker had ruptured a cruciate ligament in his knee.

Striker Wilson collapsed under a challenge from Stoke defender Philipp Wollscheid in Bournemouth’s 2-1 defeat on Saturday, and although he attempted return to the pitch, was eventually stretchered off.

Scans have now shown that the 23-year-old has suffered a ruptured anterior cruciate ligament in his right knee, joining Max Gradel and Tyrone Mings with similar injuries and similarly drastic lay-offs of at least six months.

“It’s very disappointing for Callum, after what has been an exceptional start to the season, but I am sure he will come back fitter and stronger,” manager Eddie Howe told Bournemouth’s website.

“Callum is the type of character who won’t be fazed by such a setback, and I am sure he will turn this experience into a positive in the long run. As I have said many times before though, this kind of set-back offers others the opportunity to step up to the plate, show everybody what they can do and make a real impact at this level.”