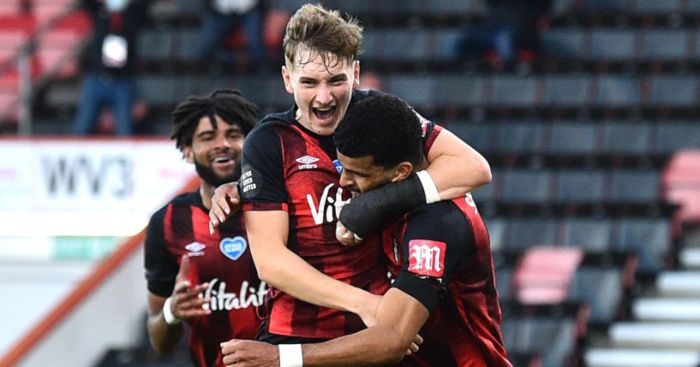 Bournemouth have set their asking price for David Brooks with Man Utd interested in taking the midfielder to Old Trafford, according to reports.

Liverpool have also been linked with a £35million move for the Wales international in the past, while the Cherries have already sold Nathan Ake to Manchester City for £41m and Aaron Ramsdale to Sheffield United for £18.5m.

Sport Witness yesterday claimed that Brooks could follow the duo out of Dean Court as Man Utd have ‘serious’ interest in bringing the 23-year-old to Old Trafford.

And now The Sun inform us that the Cherries have set their asking price for Brooks by telling Man Utd they ‘must cough up a whopping £40m’ for the midfielder.

Apparently, the Red Devils consider Brooks ‘as a viable alternative to top target Jadon Sancho’ with talks reaching an impasse with Dortmund.

United ‘are ready to press ahead with a move’ with Bournemouth owner Maxim Demin ‘willing to sell for the right price’.

Tottenham, Everton and former club Sheffield United – who he left in 2018 for £11.5m – are reportedly interested in a deal for Brooks.