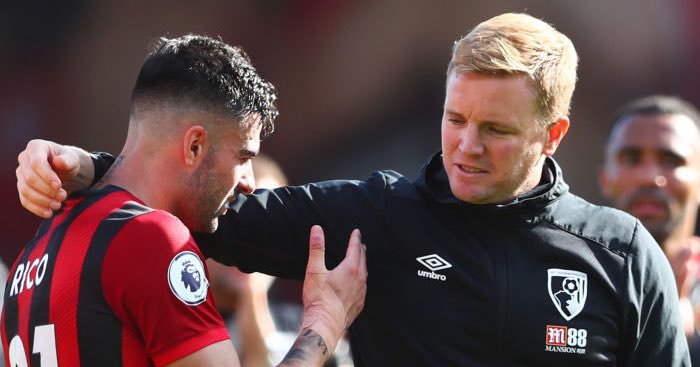 Eddie Howe hopes Bournemouth’s first home win of the season can be “a launchpad for better things”.

Two goals from Callum Wilson and a free-kick by Ryan Fraser secured a 3-1 victory over Everton at the Vitality stadium.

Bournemouth capitalised on some defensive mistakes by Everton and The Cherries boss was particularly happy with the work ethic of his players.

Speaking to Sky Sports, Howe said: “It was hard work. It was a really hot day and our boys performed superbly. It is huge psychologically because our home form is so important.

“We knew it was a huge moment in our season and hopefully we can use it as a launchpad for better things.

On Callum Wilson, Howe said: “Strikers need to score goals to feel confident. Callum has never had a problem in that respect and the second goal in particular was an outstanding finish.”

Ryan Fraser was left on the bench until the second half, but Howe was impressed with his impact when he came on.

He said: “I expected Ryan to make a real impact and it was a stage of the game where we felt we needed a lift.

“The goal was typical and his set play delivery is excellent. He was the catalyst for our improvement in the second half.”

Bournemouth have now moved above Everton into eighth in the Premier League.