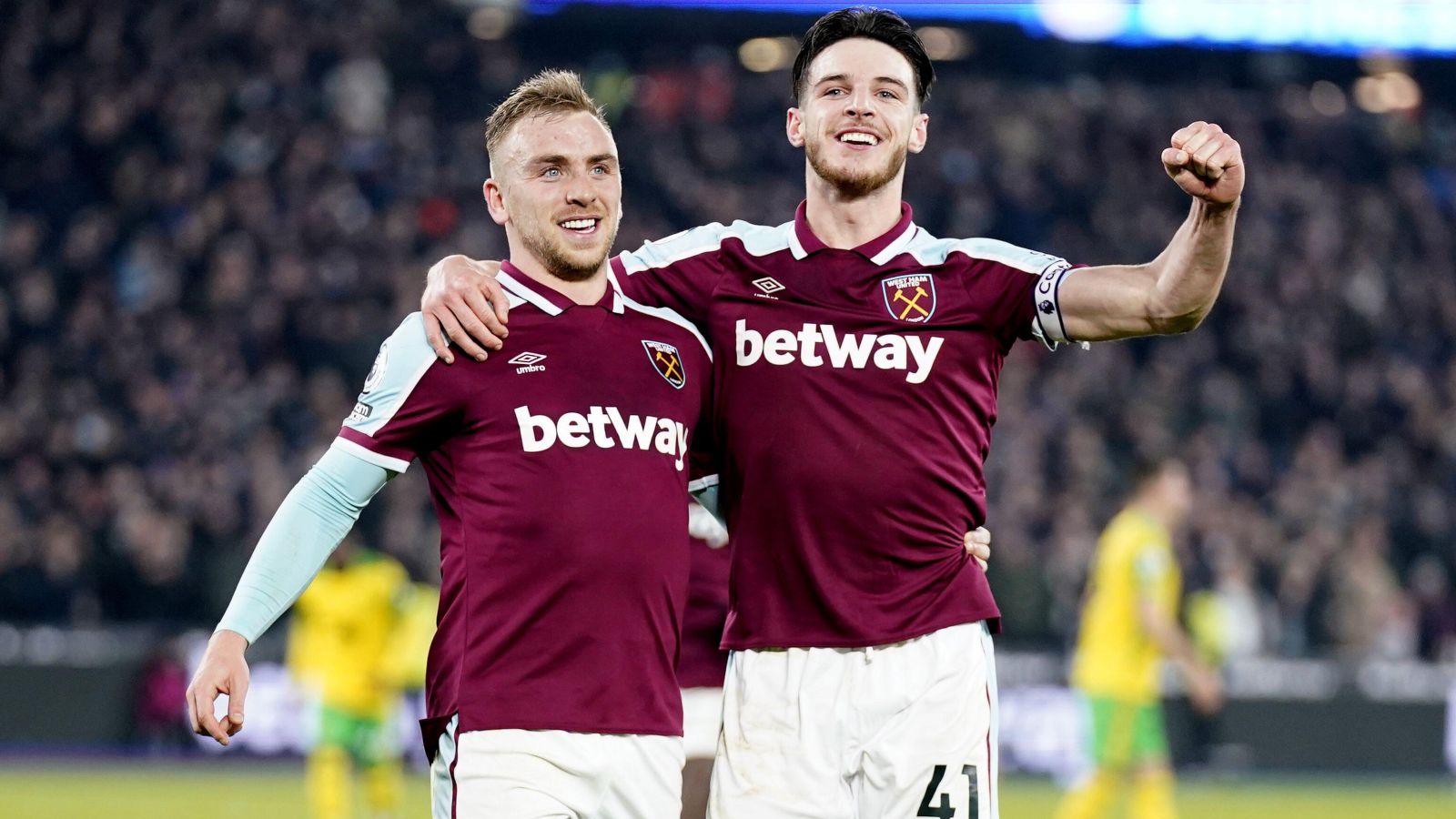 West Ham forward Jarrod Bowen has said it means “everything” to earn a first England call-up and has reacted to rumours that Declan Rice could leave the London Stadium this summer.

The 25-year-old scored 12 Premier League goals last season and was rewarded with a place in Gareth Southgate’s squad for the upcoming Nations League fixtures.

Bowen is joined in the England squad by Hammers captain Rice, who has been linked with a move away from the London Stadium.

“I don’t see it as a distraction for Dec,” added Bowen.

Bowen has been called up for the first time just months before Gareth Southgate will name his squad for the 2022 World Cup.

“Of course I have thought about it,” he added.

“For me it is not about just to come and go, it is my first camp. The Nations League is a great tournament as well and you want to be successful in every tournament.”