Home All The News Bradley: My appointment is ‘important’ for US football 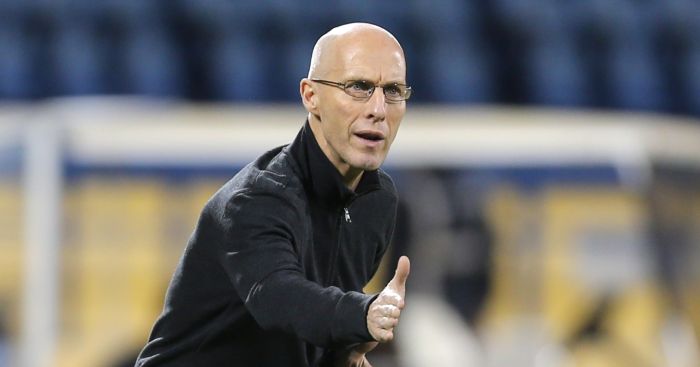 Bradley will become the first American to manage in the Premier League following Swansea’s decision to sack Francesco Guidolin and replace him with the 58-year-old former USA boss.

Speaking after his final game in charge of French Ligue 2 side Le Havre on Monday night, Bradley said: “In this moment the opportunity to go to the Premiership on many levels is special.

“I am sorry to leave, especially at this moment, but it’s still an opportunity for me, for my family and for American football. That’s important.”

Asked if he had hesitated when offered the Swansea job, Bradley replied: “Honestly no.

“In a perfect world I would go right to the end with this team just like last year. But football does not control timing.”

Guidolin’s 10-month reign at Swansea came to an end on Monday with the club winless in the Premier League since the opening day of the season.

We can confirm the club has parted company with Francesco Guidolin, who will be replaced by Bob Bradley. pic.twitter.com/ezFbt1bxAQ

Swansea’s American owners, Steve Kaplan and Jason Levien, and chairman Huw Jenkins felt change was necessary with the Welsh club only above the relegation zone by virtue of goal difference.

He spent last season at Le Havre where the club missed out on promotion to Ligue 1 by a single goal.

“It was a special victory,” Bradley said after Monday’s 2-1 closing win over Sochaux which leaves Le Havre in fifth place in Ligue 2.

“I’ve loved the time I’ve had in Le Havre with this club.

“I told the players before the match I’ll never forget the feeling watching our team in the last match of the season last year, as disappointing as it was to fail by one goal.

“To see a team with passion and commitment playing to go to Ligue 1, that picture is part of my football memory that will never go away.”

Bradley is expected to take his first training session at Swansea on Wednesday with his first decision being the make-up of his support staff.