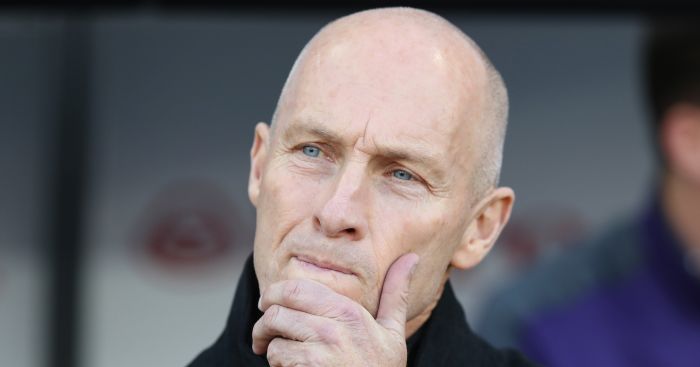 Swansea manager Bob Bradley says there is no issue with how he talks about the game.

The American has faced some questions after using “PK” to describe a penalty and referring to a game at Middlesbrough as a “road game”.

I watched 4+ hours of Bob Bradley pressers to see how often he uses British vs US lingo. You might be surprised. https://t.co/PeGo3uDZqF pic.twitter.com/IyLO366cmW

Road games and trips are common terminology in American sports, but Bradley can see no issue with using them, adding that most countries use different phrases to describe the same thing.

“Ninety-five per cent of my football vocabulary fits without a problem, but there are other terms in football that come from different places,” he said.

“When I was in Norway, the organisation of a team when you have the ball – they call offensive marking. Some places call that rest defence.

“When I am speaking normally I talk about home form, I talk about away form, but there is a part in American sports, when the San Antonio Spurs have a bad game playing outside of San Antonio, (coach) Gregg Popovich will say, ‘We’re not good enough on the road’.

“Every now and then a little of that comes out of me, but not too much. The idea that it draws attention, I don’t know what to say. It’s part of the deal.

“In France I once talked after a game about the importance of a clean sheet and they looked at me and said, ‘What’s a clean sheet?’

“This is football. Again, 95 per cent of my vocabulary fits without any question. It wouldn’t make sense if I sounded like everybody else.”

Bradley, 58, has managed all round the world, including spells in Egypt, Norway and France as well as America.