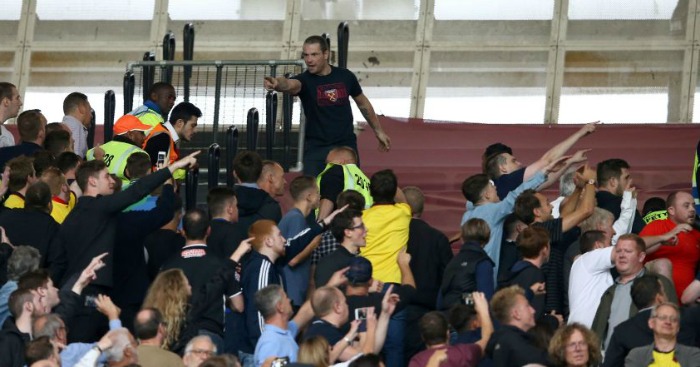 Karren Brady has branded West Ham’s move to the London Stadium – “the best stadium” – a “success”.

The Hammers moved from Upton Park this summer after over a century of playing their home games at the venue.

They moved to the Olympic Stadium – now renamed the London Stadium – but the switch has been derided by home fans due to a lack of atmosphere, typified by crowd trouble and infighting.

But Brady, the club’s current vice-chairman, believes the move has been successful, and that West Ham now boast “the best stadium” in the country.

“The Olympic Stadium had been built less than, sort of, a mile away from us and we saw that as a real opportunity to change the brand values of the club. There was a plan to plug the debt, build the future and create the culture,” she told the Leaders Sports Business Summit.

“Rebranding ourselves was really important with our stadium. We’re in the London Stadium. We added the word London to our crest because we felt it had real global appeal. Nobody else does it.

“We are in the heart of London, in the foothills of the financial sector. We have the best stadium – there are some great stadiums in this country but there is only one Olympic Stadium and it’s ours. It’s really had a dynamic impact on the things we can do.

“We had a difficult job to do when we were moving to a new stadium. We sold the stadium out to 52,000 season-ticket holders.