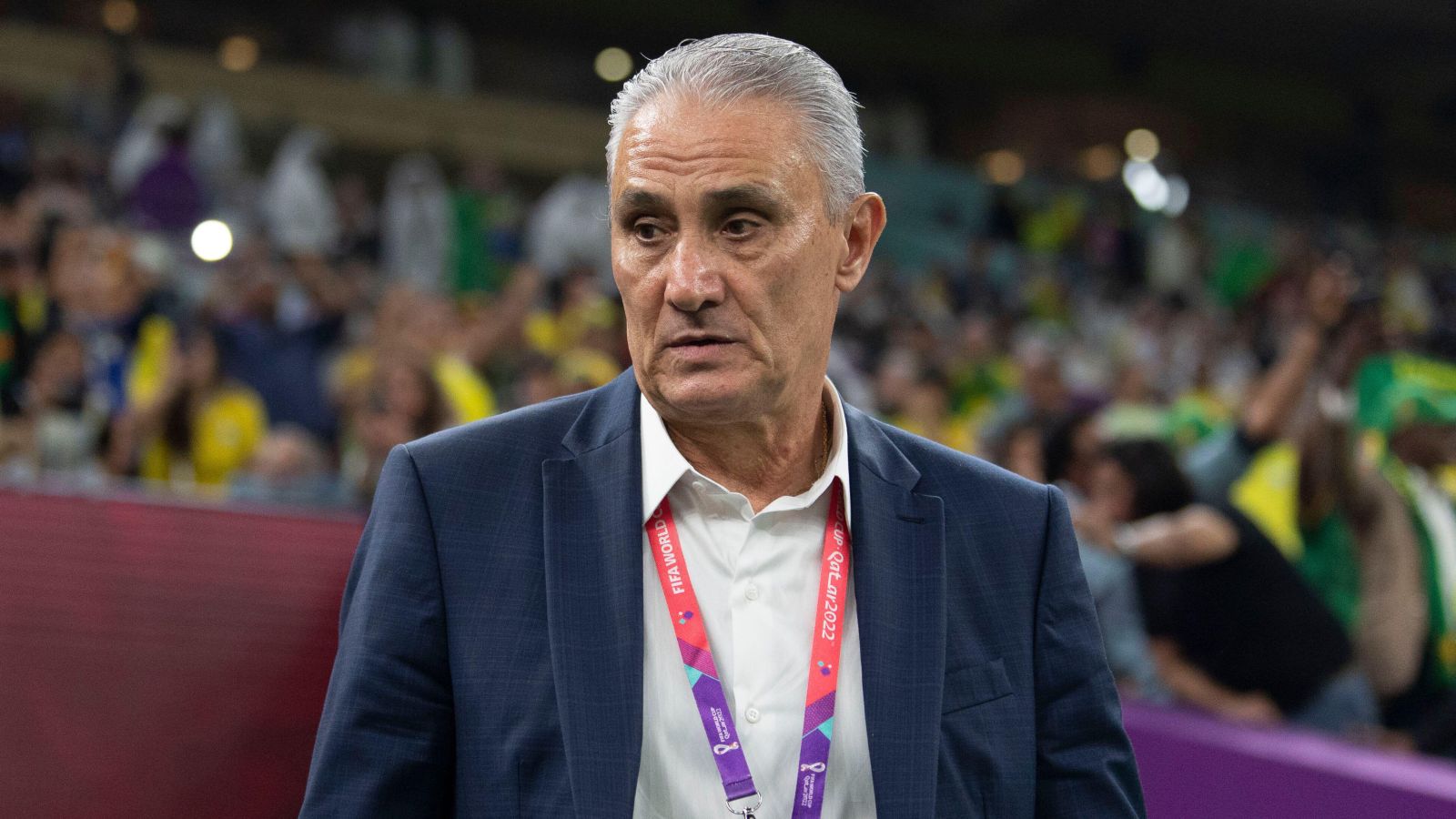 Brazil head coach Tite hit out at the media on Sunday afternoon for spreading “evil lies” about the fitness Arsenal attacker Gabriel Jesus.

The Arsenal star started Brazil’s 1-0 defeat against Cameroon on Friday.

Jesus picked up a knee injury that will see him miss the rest of the World Cup.

Asked during his pre-match press conference if Jesus already had an issue with his knee prior to the World Cup, Tite replied: “Thank you very much for your question because I don’t like hearing lies out there, evil lies. Those are the people who want to do bad things for others.

“At no time whatsoever do we play for victory at the risk or peril of a player.

“So the liar who is out there, because that is what we call them, that’s the name? The haters who keep giving hate, go and do something else and stop giving fake news.

Tite’s assistant coach Cesar Sampaio added: “Yes that’s important for us to clarify because Tite and (technical director) Juninho were specifically visiting Arsenal (in August) and at no moment were we made aware, not only them but as medical staff and I repeat what Tite said: we will never put health at risk for any result.”

Neymar, who saw his 2014 tournament cut short by injury, was one of those on hand to provide comforting words for Jesus.

The Paris St Germain attacker will be involved against South Korea on Monday if he proves his fitness.

“Neymar will practise this afternoon and if he practises OK, he will be playing tomorrow,” Tite said.

Brazil made wholesale changes for their last Group G clash with Cameroon – after already securing qualification – and despite defeat, captain Thiago Silva believes it was wise to let certain members of the squad rest up.

Silva said: “The Korea team will be more tired than Brazil but this is a World Cup. I am sure despite being tired, they are motivated and want to reverse the result of our last friendly match.”

Brazil inflicted a 5-1 defeat on South Korea in their previous meeting back in June but they will face a side brimming with confidence.

Hwang Hee-chan’s stoppage-time goal helped Korea secure a shock 2-1 win over Portugal on Friday that sent them into the knockout phase.

While boss Paulo Bento is frustrated at the short turnaround between fixtures, he knows his side will give everything to produce another World Cup upset.

“In my opinion I do not think it’s fair to play a match every 72 hours but we need to accept it.

“If that is FIFA’s decision, we need to understand and accept it. We also need to create the conditions for those that do not have them.

“It is difficult to play against such a great team in Brazil. In my opinion Brazil has the likelihood of winning the World Cup and if we add to this the burden we already have, our task obviously will be very difficult but, having said that, we will try and not give up.”