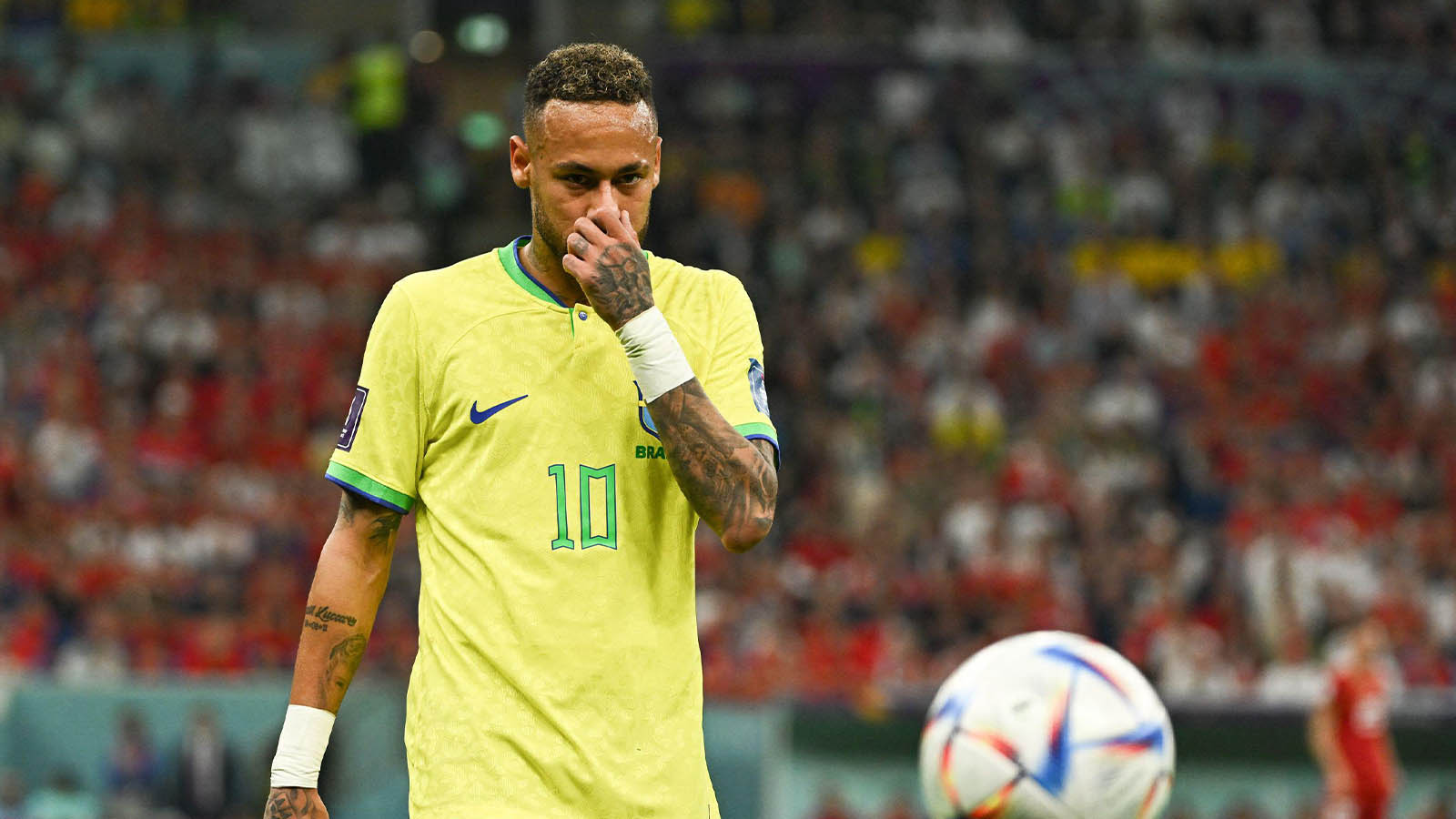 Neymar is set to miss Brazil’s remaining group stage matches and Tite has insisted that the persistent fouls on him have to stop.

Brazil’s star man was forced off against Serbia in the 80th minute after picking up an ankle injury.

In just 80 minutes against Serbia, Neymar was the most fouled player on the pitch and drew a total of nine fouls.

Being on the receiving end of tough challenges is nothing new for Neymar.

Since the 2014 World Cup, Neymar has been fouled 53 times in the competition which is more than any other player.

Tite has explained that attention should be shed on the persistent fouling of Neymar.

“If you want to celebrate the football, you have to pay attention to the fouls,” said Tite (via BBC Sport).

“They focus on specific players. This is the effect. This has to be stopped.”

Neymar is expected to miss Brazil’s upcoming games against Switzerland and Cameroon but could return for the knock-out stages.

Tite adds: “I believe Neymar and [injured defender] Danilo will play in the World Cup. I’m not in a position to speak about [medical information].

“I can say that, not only about Neymar, but also about Danilo, both of their situations have evolved, but we believe both will be available to play at the World Cup.”

Since joining PSG in the summer of 2017, Neymar has missed over 100 matches through injury.

He was a star of the 2014 World Cup but sustained a serious injury which kept him out of Brazil’s 7-1 loss to Germany in the semi-final.

Neymar has been one of football’s finest players of the last decade, but his injury record has perhaps hindered him from reaching his full potential.

The 30-year-old is likely to feature for Brazil again as long as they progress through their group.

“We can already say that we will not have the two players for our next game, but they remain in treatment with our objective of trying to recover in time for this competition,” Dr Lasmar said on the Brazilian Football Confederation website.

“The players Neymar and Danilo started the treatment yesterday immediately after our game. Today in the morning they were reassessed,” Dr Lasmar said.

“We thought it was important to do an image exam, an MRI so that we had more data on the evolution of the two players .

“Players remain in treatment. It is very important for us to be very calm, peaceful, this assessment will be carried out daily so that we have information and make the best decisions based on that.”

READ MORE: Ronaldo priority will be ‘to stay in the Champions League’ amid Saudi Arabia links