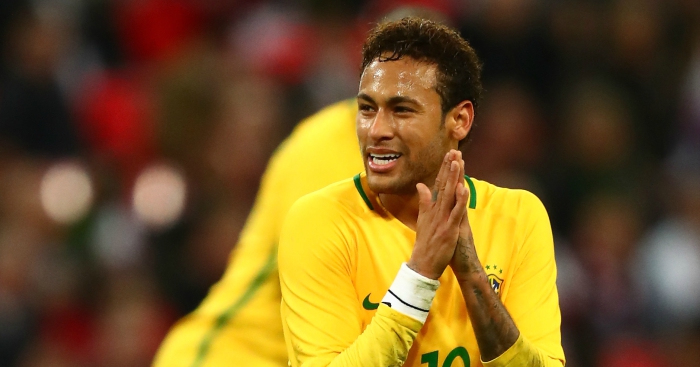 Brazil coach Tite admits Neymar is not fully fit but believes his captain is in impressive shape ahead of their World Cup opener.

Paris St Germain forward Neymar has been battling back from injury having suffered a fractured metatarsal and sprained ankle in February.

The 26-year-old – who is sporting a new bleached blonde hair cut – is expected to start on Sunday when five-time world champions Brazil face Group E rivals Switzerland in Rostov-on-Don.

Tite feels Neymar has shown some positive signs of recovery but also issued the need for caution.

“Neymar is still not 100 per cent, but he is very privileged physically,” said Tite, in quotes reported by fifa.com.

“The level he has displayed in his sprints in high velocity has been impressive. But still he has something to gain.

“It should happen sooner rather than later, hopefully.”

Brazil’s previous two World Cup matches saw them humiliated on home soil by a 7-1 semi-final defeat to Germany in 2014 followed by a 3-0 loss to Holland in the third-placed play-off.

They were impressive in qualifying for this tournament, however, winning 12 of their 18 matches to comfortably top the South American group.

Tite’s men have been installed as favourites to lift the trophy in Moscow next month by some bookmakers.

He is pleased with the progress they have made and hopes they can continue their form when it matters.

“The work we have done elevates the expectations, but also brings us peace,” he said.

“I am very happy about the level of performance we have showed so far. I hope we can now reproduce this under pressure.”