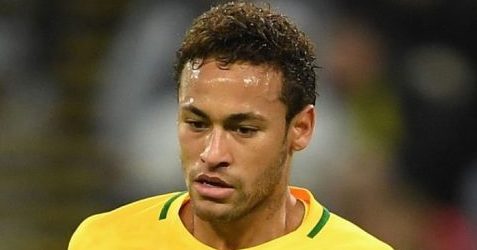 Brazil coach Tite has claimed that he is not risking Neymar by playing him against Costa Rica despite fears over an ankle injury.

Tite has revealed he will field an unchanged team in Friday’s Group E clash with Costa Rica in St Petersburg.

That means Paris St Germain star Neymar will retain his place despite limping out of training during the week with an ankle problem.

When asked whether playing the 26-year-old on Friday is a risk, Tite replied: “No, no. He had a blow [to the ankle] but we’re still in the initial project. He was out for three-and-a-half months and has just played his first game of 90 minutes.

“There is a science and we have a lot of tranquillity with that. It takes about five matches for you to be full-on and he’s already sped up the process.

“There is this evolution taking place. Don’t worry.

“He would play [if this was not the World Cup]. It’s not a sacrifice. It’s an evolutionary process. You just speed up the steps,” Tite added.

“We want to win. It’s a World Cup but the coach is not going to pay with a player’s health and be dishonest to win. That’s a price that is too high to pay.

“You’re going to pay the price if you’re nervous and don’t think about the game but there is no compromise on those values on health and honesty.”