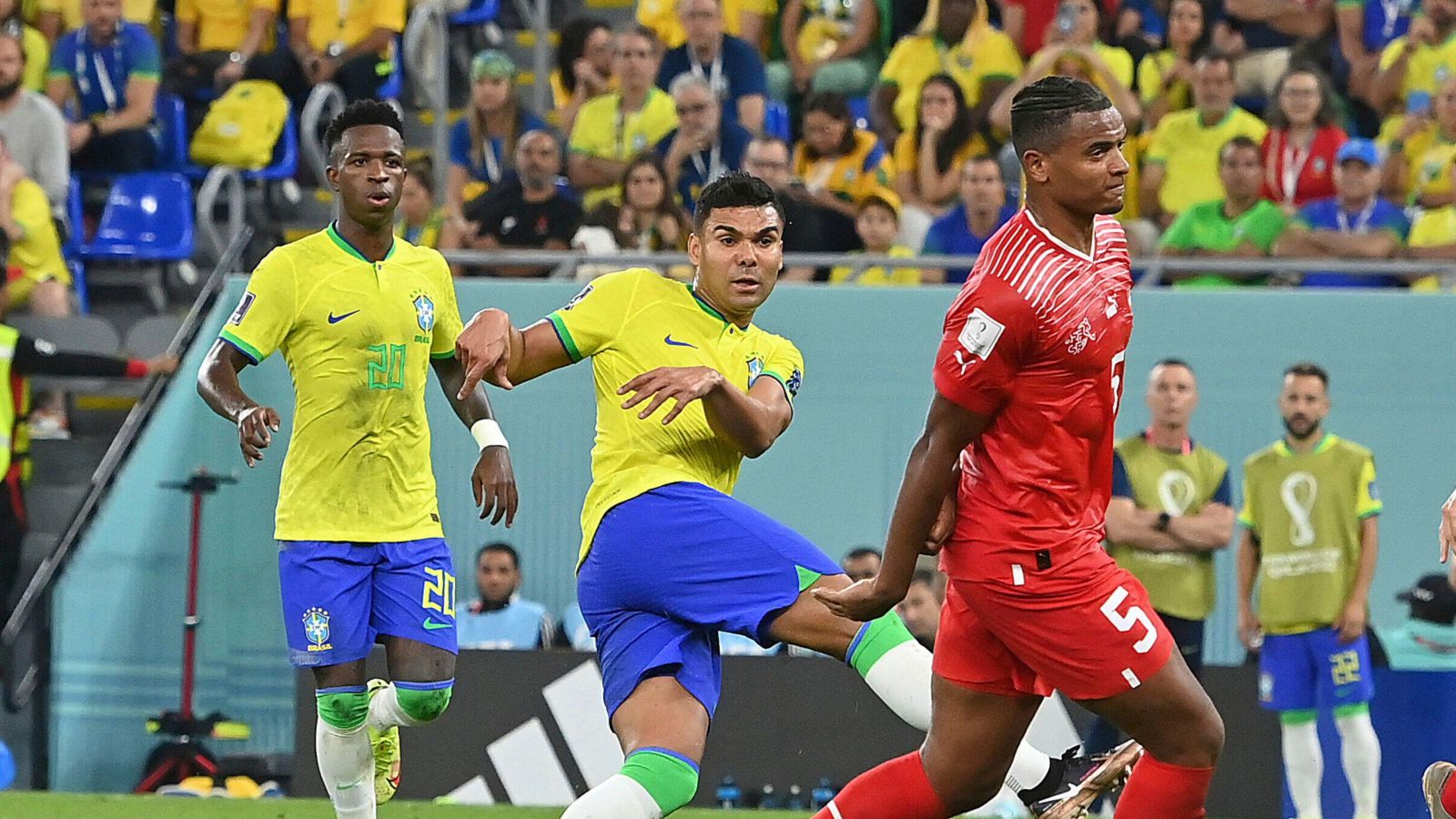 Brazil head coach Tite and injured star Neymar have argued that Manchester United summer signing Casemiro is “the best midfielder in the world”.

The United centre-midfielder’s stunning strike in the 83rd minute secured Brazil their 1-0 victory over Switzerland.

This result means they are through to the World Cup knockout stages with a game to spare. This prompted Neymar to tweet after the game: “Casemiro has been the best midfielder in the world for a long time.”

Asked at his post-match press conference if he agreed, Tite said: “As a habit, I always respect opinions and I usually don’t comment on opinions, but I will allow myself to do so today. I agree.”

Without Neymar, Brazil were frustrated for long periods at Stadium 974 before Casemiro rounded off good work by Vinicius Junior and substitute Rodrygo to score the game’s only goal and send them into their final group fixture against Cameroon on Friday in a commanding position.

Asked about the Paris St Germain star’s absence, Tito said: “Obviously Neymar has a different skill-set. He is a player who in a magical moment can dribble past you and all of a sudden, you say, ‘What happened here?’. He has that skill.

“Other players are getting there to get to the level he is at and I hope they get there. Yes, we do miss Neymar, we do miss him. He has a big creative power, he’s very effective so we miss him, yes.

“But there are other players who can take their opportunity.”

Casemiro, who joined United from Real Madrid this summer, played down his decisive intervention and insisted Brazil were better-placed to mount a serious challenge for glory than they were four years ago, when they were beaten by Belgium in the last eight.

He said: “Four years have gone by, there are new players. This year we have a wider range of options, we have more players to choose from.

“Without even changing the team, we have a possibility of changing the way we play. If we substitute players, we have even more options.

“Therefore, there is no doubt whatsoever that the options are much greater than those in 2018.”

Switzerland boss Murat Yakin admitted his side had lacked the “courage” they needed to take the game to the South Americans, but swiftly turned his attention to Friday’s showdown with Serbia.

The sides met in Russia four years ago, when Granit Xhaka and Xherdan Shaqiri, who are both of Albanian-Kosovan heritage, found themselves the subject of disciplinary action after making nationalist gestures during their side’s 2-1 win.

Yakin said: “We have to focus on football, just on football. For both teams, this is a decisive game and it will be an interesting and exciting game.

“We want to focus on football. Everything else, I really don’t care about.”