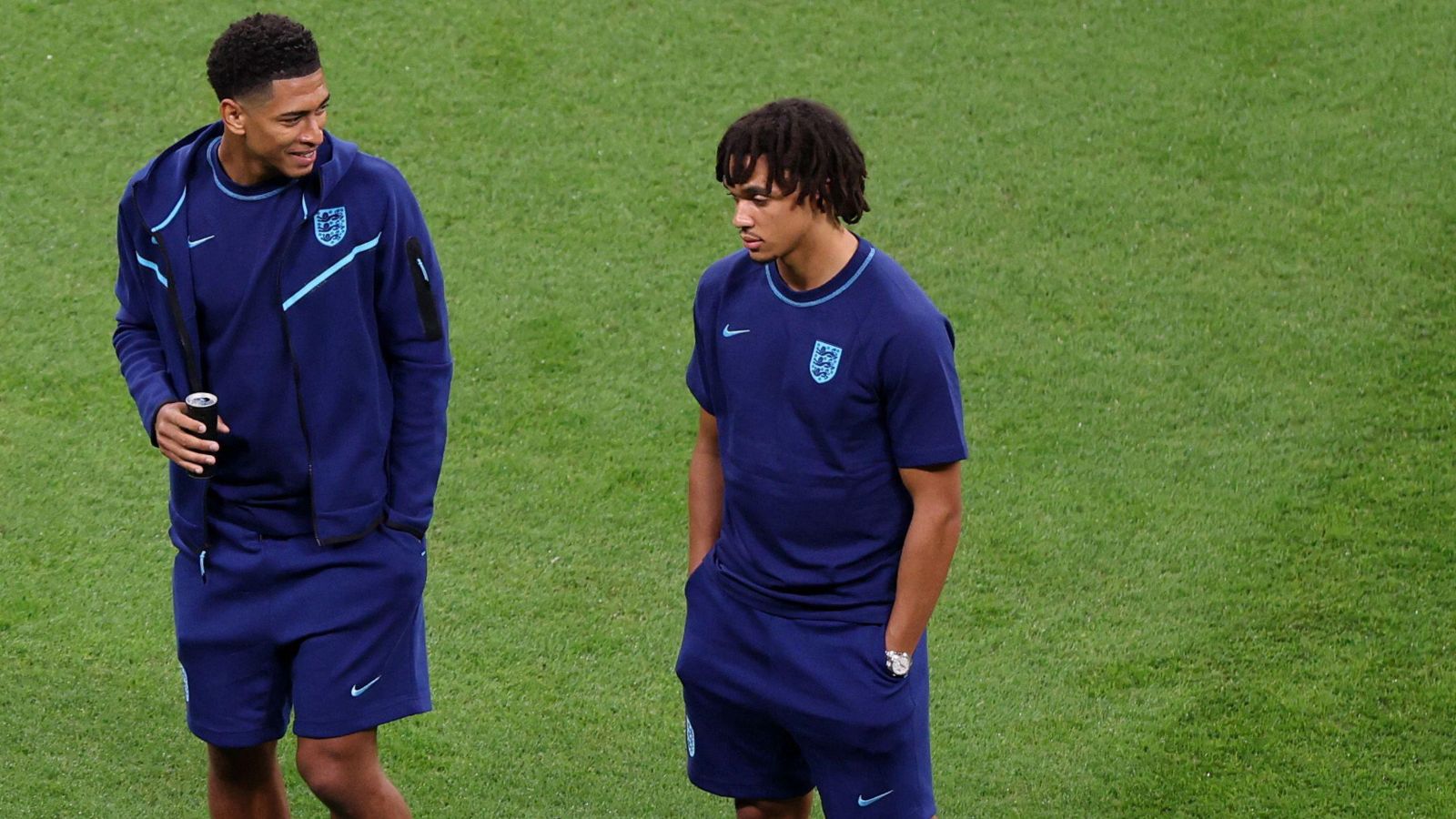 Brazil legend Cafu has defended Liverpool star Trent Alexander-Arnold as he “doesn’t understand” why he does not start for England.

Alexander-Arnold has been capped 17 times for England since making his debut in 2018.

The Liverpool man has found himself down the pecking order in recent years for the Three Lions, though.

Gareth Southgate has often preferred Kieran Trippier and Reece James at right-back. This has led to some bemusement from certain ex-players.

Before the 2022 World Cup started, ex-Man City star Micah Richards suggested that Alexander-Arnold should start for England in Qatar.

“Gone are the days when your full-backs tried to keep things tight defensively and then got forward when you could,” Richards claimed.

“They start in forward positions now and are expected to create chances like wingers. Trent doesn’t only have to go – he has to play. International football is slower than the Premier League, so I think that will help him from a defensive point of view.”

There’s no doubting Alexander-Arnold’s ability going forward as he is a unique and special talent.

But Southgate is clearly unsure about him defensively as he has not started any of England’s three group games.

Alexander-Arnold made his first appearance at the 2022 tournament against Wales on Tuesday as he was brought on in the second half for Kyle Walker.

Brazil icon Cafu is someone who is an admirer of Alexander-Arnold. He thinks “he has everything”.

“He has everything: quality, dribbling, pace, but it’s always the same story, they say you are not defensive enough and you remain out.

“Somebody used to say the same about Roberto Carlos and me, but I think we won something…

“Unfortunately, full-backs are too robotic these days, they get the ball, pass it, and run, I don’t see movements without the ball and no one-two passes.”

Back in May, Cafu suggested that Alexander-Arnold is “one of the best right-backs in the world”.

“I have been following Alexander-Arnold and the campaign he has had at Liverpool,” Cafu told BBC Sport.

“His progress over the last few years has been amazing and for sure is one of the best right-backs in the world.

“He is young, strong and has developed hugely considering his age. He also has a lot of experience and I see a lot of similarities between him and myself.

“We both had a will and commitment to attack, to go forward and have the boldness to shoot and to put the crosses in. The diagonal movements he makes on the pitch are also similar to what I was making as a player.”