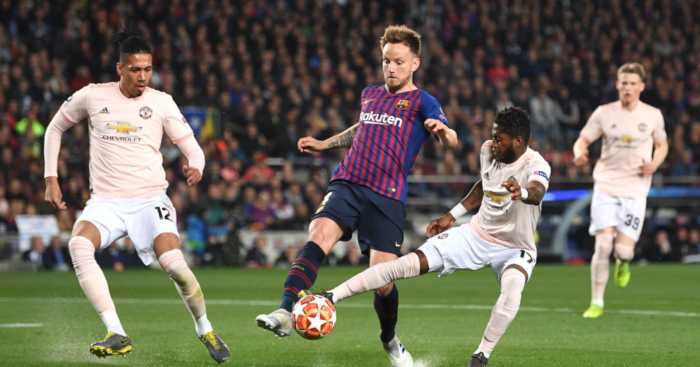 In an interview with Betfair, former Barcelona forward Rivaldo said: “There are rumours circulating about Ivan Rakitic possibly going to Manchester United but, while United is a big club with great tradition, I think the Croatian still has enough football to keep playing for Barcelona, as he is a great player.

“United are passing through a bad moment, but their tradition is huge and any big player would like to play for them at Old Trafford.

“Now, it’s time for them to refocus and start preparing for the new season.

“I believe they’ll always be one of the best teams in the world. They continue to be financially healthy, so they should have tools to recruit big players soon.”

And Rivaldo claims he experienced a similar situation where he had the chance to move to United but he was happy at Barcelona.

“Liverpool and Manchester City are the strongest teams in England right now and are both playing excellent football, so if I were playing today, and had the chance to go to the Premier League, one of them would probably be my choice.

“But there are more powerful teams in the Premier League than in any other league. It’s strongest league in the world right now.

“When I was playing for Barcelona, I had some agents trying to transfer me to Manchester United, but I was so happy with the city and the club at Barcelona that I didn’t pay much attention to that possibility.

“It wasn’t out of disrespect to United, I just didn’t want to move at that time. I’m not sure if there was any proposal. There were just discussions with agents and rumours, nothing more than that.”