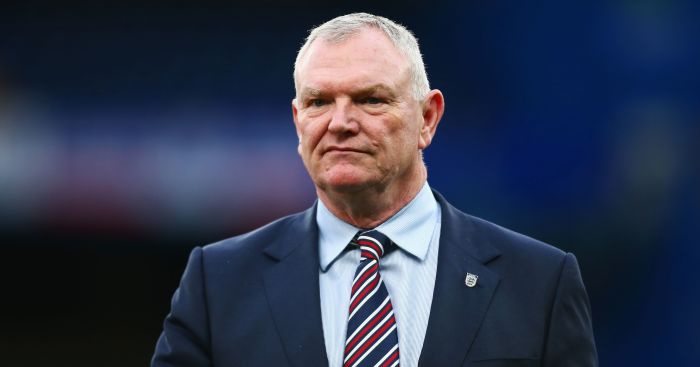 A breakaway league was “mooted as a threat” in Project Big Picture discussions, Football Association chairman Greg Clarke has said.

Clarke revealed in a letter to the FA Council he had been part of initial discussions until late spring, when he walked away.

At that point, he claims “the principal aim of these discussions became the concentration of power and wealth in the hands of a few clubs, with a breakaway league mooted as a threat”.

He added: “I, of course, discontinued my involvement and counselled a more consensus-based approach involving all Premier League clubs and its chair and CEO. Our game needs to continually seek to improve but benefits need to be shared.”

Project Big Picture discussions have been led by Liverpool and Manchester United and became public knowledge on Sunday.

The @FA Chairman, Greg Clarke, has written to The FA Council members ahead of their October meeting. Full letter: https://t.co/pMVZkSb7Cp. pic.twitter.com/FlCmoVSkl0

The plans also have the backing of EFL chairman Rick Parry, with the PBP proposals including an immediate £250million bailout for clubs in his competition starved of matchday income by the coronavirus pandemic and a promised 25 per cent share of future Premier League broadcast revenue.

However, the plans have been criticised over proposals which appear to concentrate power in the hands of the Premier League big six, including over broadcast arrangements, club ownership and composition of the league’s board.

READ MORE: So what the f*** is the Premier League’s Project Big Picture?

Clarke warned that the FA had “substantial controls” it could bring to bear if it felt any proposal was put forward that ran counter to the interests of the game, and that any breakaway competition would not be sanctioned by the FA.

“We, the FA Board and Council, have to ensure that any changes would be to the long-term benefit of the whole of football and we have substantial controls to help ensure that the best interests of the game are served by any new proposals,” he said.

“In addition to the special share in the Premier League, which prevents certain changes being made to the constitution without the FA’s consent, it is also the FA’s responsibility to sanction competitions in England – including any proposed new competition – as well as being responsible for licensing clubs, through UEFA, to play in Europe. Additionally, UEFA look to us to nominate the league, and therefore the clubs, that will play in their competitions.

“Let’s continue to work together to determine what is best for English football, with full dialogue between all key stakeholders.

“However, there is more to our game than economics. Change must benefit clubs, fans and players, not just selective balance sheets. In these difficult times unity, transparency and common purpose must override the interests of the few.”

The FA Council is meeting on Thursday.

Ahead of that, Parry has addressed EFL clubs on the PBP proposals on Tuesday, while Premier League clubs are holding a shareholders’ meeting on Wednesday.

A source close to the PBP plans accepts the proposals are radical, but insists radical solutions are required to protect the English football pyramid.

They have told the PA news agency that they are intended to serve as a starter for a discussion around the sustainability of the pyramid and the fixture calendar.

While a number of EFL clubs have cautiously welcomed the plans as a useful starting point for a discussion on the wider governance of the game, they have been described as “a sugar-coated cyanide pill” by the Football Supporters’ Association.

An FSA statement read: “We are not defending the status quo but ‘Project Big Picture’ is not the answer.

“Within the proposals there are individual ideas which many fans would back – but in this form it is impossible to disentangle them from outcomes which would be a disaster for the game.

“The Premier League and Government have to step up and deliver an alternative financial package urgently for the EFL and National League. It should cover lost gate receipts and matchday income. And urgently means details in hours, not days or weeks. Days or weeks means clubs going bust.

“Days or weeks means EFL clubs being tempted by the sugar-coated cyanide pill offered up by billionaire owners who do not understand or care about our football culture.”