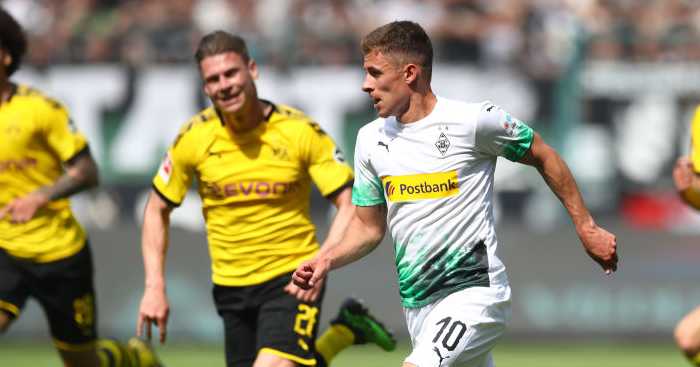 The younger brother of Chelsea star Eden had been speculatively linked with a move to Stamford Bridge or Liverpool but has chosen to remain in Germany.

Hazard told the Borussia Dortmund website: “I am grateful for five great years at Borussia Moenchengladbach and very nice memories.

“This was the perfect time to take the next step in my career. I am proud to play for Borussia Dortmund, a top club with incredible fans.”

Commenting on the move, Dortmund sporting director Michael Zorc said: “We are delighted that Thorgan has decided to go with Borussia Dortmund.

“In full conviction that he is a seasoned Bundesliga player and Belgian national player, who will help us with his pace and quality of finishing, the proof has been provided.”