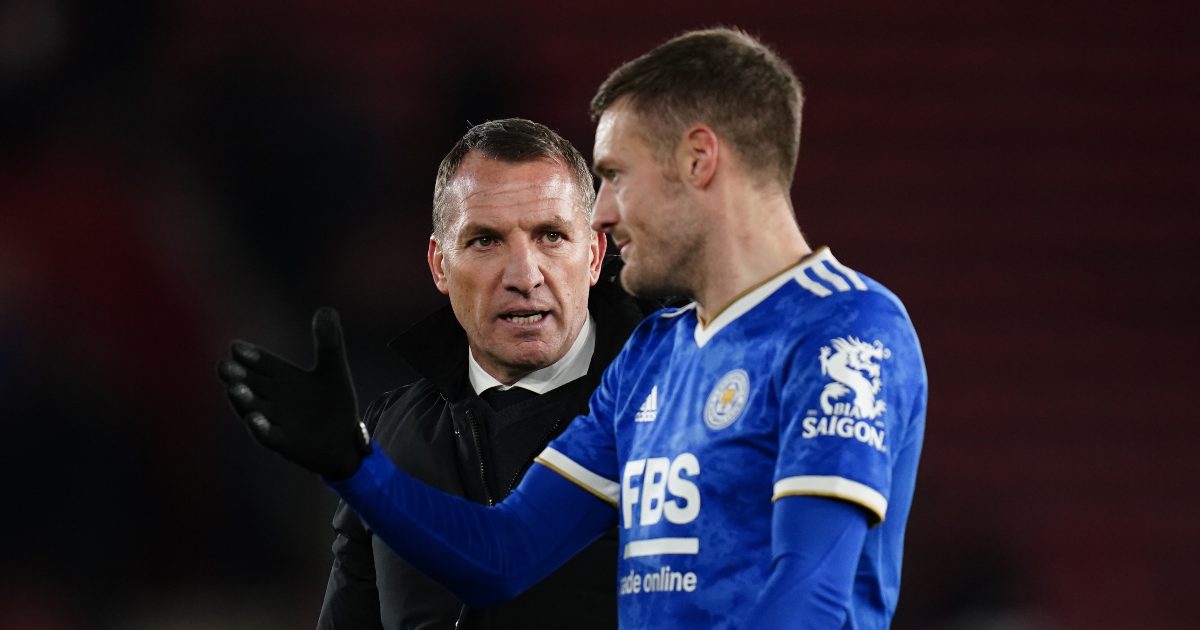 Brendan Rodgers has confirmed that Leicester City will be without Jamie Vardy for the “next three to four weeks” as a result of a hamstring injury.

Vardy complained of an issue during Leicester’s Carabao Cup defeat against Liverpool last week. He was rested on Boxing Day versus Man City but he sustained the injury during his side’s league win over Jurgen Klopp’s men on Tuesday.

Foxes striker Patson Daka is also injured as he is set to miss next month’s African Cup of Nations. From next week, Ayoze Perez will be their only option up front, as Kelechi Iheanacho is set to feature for Nigeria at the AFCON.

That is in addition to at least seven other players still currently sidelined.

“Jamie will be out. It could be the next three to four weeks,” said Rodgers.

“It’s a hamstring. He could soldier on, which is what he wanted to do, but the scan has shown up as that.”

Rodgers felt the packed festive schedule and the extra demands placed on players due to Covid had played a significant part in Vardy’s injury.

“I think the fatigue element in that combination of games has probably led to it,” he added.

“The players are not robots. People think because they are paid a lot of money they should turn out and play every single day of the week and that’s not the case.

“He felt it in the cup game at Liverpool, where the last half-hour it was hindering his performance.

“We didn’t involve him at the weekend to give him maximum rest – even though he was on the bench he wasn’t able to play – and the other night he just felt it towards the end of the game.

“It’s the combination of games we have had and the recovery time has made it difficult for him.”

Daka was already out, having limped off at Anfield with a hamstring problem, but the extent of the issue means the Zambia international will not be joining up with his country after this weekend’s Premier League matches.

“Patson will not be going. He’s not fit. He will stay and hopefully within the next two to three weeks will be back again,” said Rodgers.