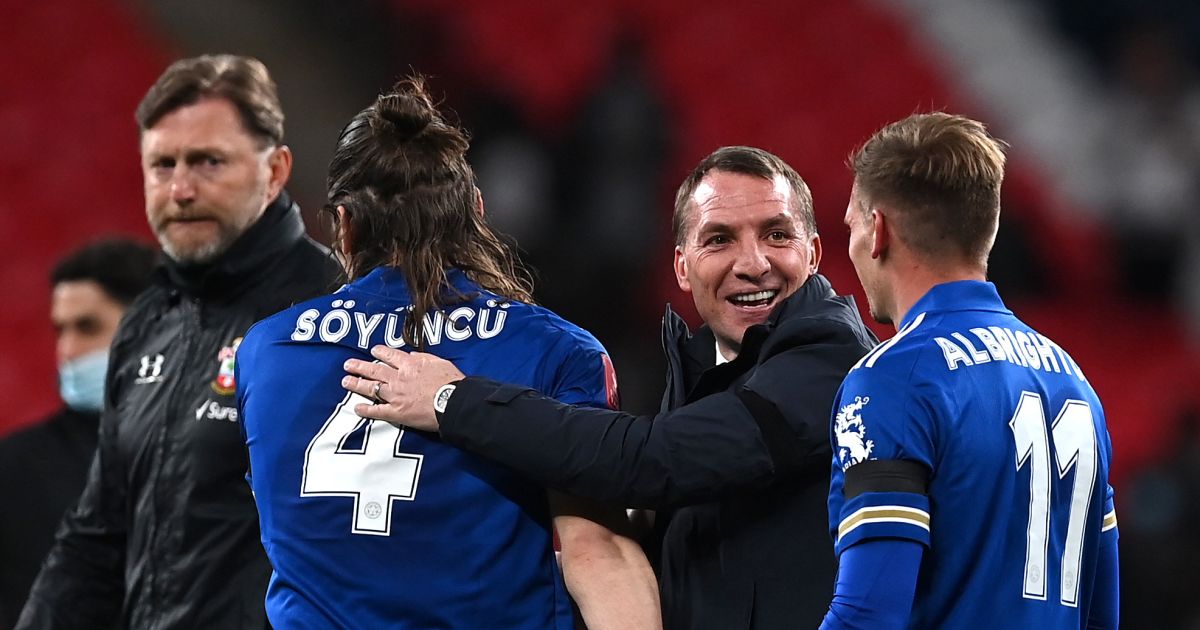 Brendan Rodgers is delighted for everybody connected to Leicester after Kelechi Iheanacho fired the club to a semi-final victory against Southampton and a shot at their first-ever FA Cup win.

Sunday’s tense semi-final was played out in front of 4,000 spectators at Wembley as  one of the government’s pilot events.

In-form Iheanacho struck the decisive goal under the arch after his poor initial shot came back to him early in the second half, with Leicester deservedly beating Saints 1-0 to progress to their first FA Cup final since 1969.

“Obviously it’s going to be a privilege to lead the team out to the final,” Foxes boss Rodgers said.

“I think in terms of the performance, I feel we deserved it.

“It was always going to be a tight game. I said the other day that we’re going to have to defend well and I thought we did that and as the game developed we started finding more space and we looked a real threat going forward.

“I said to them last year after the semi-final loss (in the Carabao Cup) that failure is an actual real integral part of succeeding and even though it’s tough and it’s difficult we’ve got to take it and learn from it.

“I think you’ve seen today the performance was very composed and mature and we got the goal that counted.

“Delighted for them, delighted for the club. I’ve just spoken to Top [Leicester chairman Aiyawatt Srivaddhanaprabha] there so he’s absolutely over the moon with getting to the final and of course for the supporters.

“I’ve been made fully aware of the importance of this and I’ve always tried to respect that wish for the club. We’re in the final in a month’s time and we have the opportunity to lift it for the very first time.” 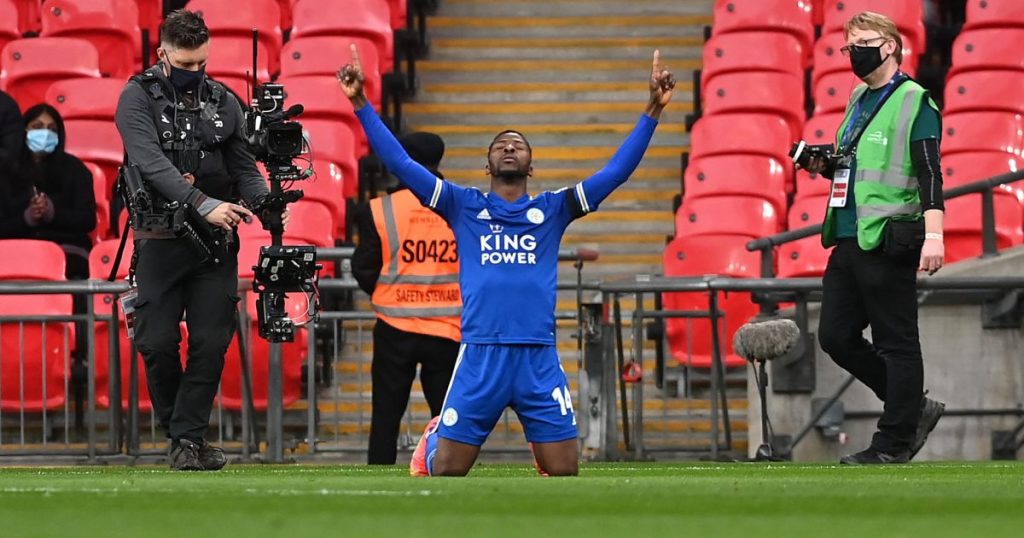 Having won in front of the biggest English crowd in 13 months, there is set to be 21,000 against Chelsea when they return to Wembley for the May 15 final.

“It felt really, really good to have supporters in,” Rodgers added.

“We could hear a number of supporters for Leicester in the crowd so that was really, really nice.

“It’s a step towards getting that sort of connection back because the game is nothing without the supporters, really.

“The players over the course of this last season on all teams have been brilliant in terms of the intensity and what they’ve given to the game.

“But supporters adds the pressure and intensity and just having 4,000 people in, it felt really good.

“So, hopefully when we get here in a month’s time there’ll be a few more in and we work back to getting the stadiums full again.”

Southampton manager Ralph Hasenhuttl felt his players could not have left any more on the pitch, despite failing to muster a single shot on target in a meek semi-final exit.

“Yeah, sure it hurts, especially the way we conceded the goal,” he said.

“It was a chance where (Jamie) Vardy was gone but normally a shot is gone, then it hits our player and he gets another one.

“It’s very disappointing to concede a goal like this. We didn’t give them a lot of chances, to be honest, in the first half.

“In the second half, especially in the beginning, we have been really good in the game.

“It’s a pity when such a goal decides a game but this is football.

“We had only conceded one goal in the whole FA Cup and it saw us drop out. We have to accept this and come back next year.”