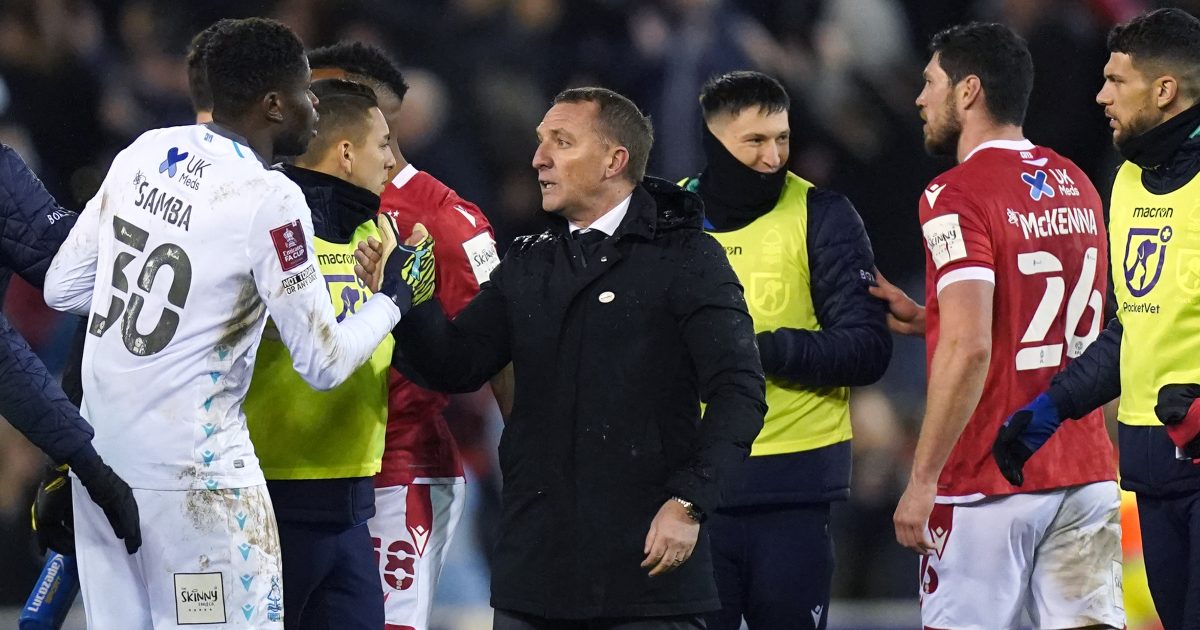 Brendan Rodgers admitted that his Leicester City side were “very poor” against Nottm Forest as they exited the FA Cup in the fourth round.

The Foxes won the FA Cup last season as they beat Thomas Tuchel’s Chelsea 1-0 in the final at Wembley.

Leicester beat Watford 4-1 in the third round of this year’s competition last month.

Liverpool could yet follow fine January with domestic Cup double

Rodgers’ side travelled to face Nottm Forest in the fourth round on Sunday afternoon.

Philip Zinckernagel, Brennan Johnson and Joe Worrall scored for the Championship side as Leicester trailed 3-1 at the break.

Djed Spence added a fourth for Forest with half an hour to go as they ran out 4-1 winners. They will face Huddersfield Town in the fifth round.

Leicester are now out of both domestic cup competitions. They are currently tenth in the Premier League and they are in the Europa Conference League.

Rodgers told BBC Sport post-match that his side were “nowhere near the level” needed to beat Forest:

“Very (disappointed). The first words are for the supporters, you come into a derby game and looking to win the FA Cup again, the supporters will have expected to see the team play with more authority, aggression and a strong mentality.

“We apologise for that, that was nowhere near the level. We started OK, got into some good areas, misplaced a couple of passes that invites them into the game. To concede the second so early after the first puts us on the back foot. We did not find any rhythm and were really disappointing in the game.

“Today was about mentality, you have to be physical in any game of foot but away in the derby, it is about imposing the physicality and some of our boys just wanted to play football.

“They didn’t want to engage. It was good to have James Justin back and Wilfred Ndidi was up for the physicality. But we were nowhere near the level. We had a lot of the ball but didn’t create so much.

“It is a really poor performance, it is about hunger in the team. This team have been together for three years and I see some worrying signs with some of the players. We have to go again, get back in and have a tough game on Thursday (v Liverpool).”