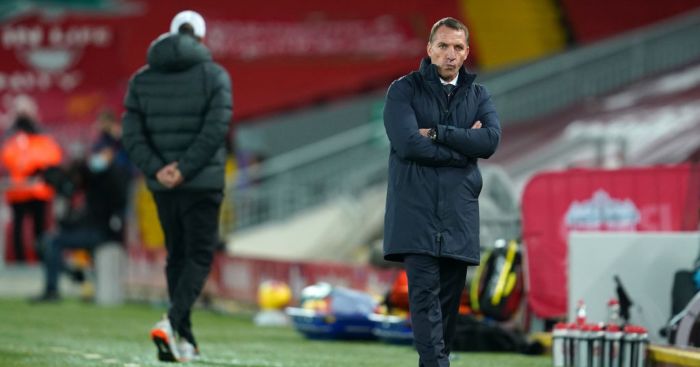 Leicester City boss Brendan Rodgers has dismissed the “narrative” around injuries at Liverpool and thinks their “outstanding squad” can handle most situations.

Without the likes of Virgil Van Dijk, Jordan Henderson, Mohamed Salah, Trent Alexander-Arnold and Thiago Alcantara, Liverpool dominated a Leicester side which had won its previous four away matches.

The 3-0 win over the Foxes, achieved with nine first-team players out ill or injured, took Jurgen Klopp’s defending champions level on points with leaders Tottenham.

More significantly it set a new benchmark of 64 Anfield league matches – stretching back to April 2017 – without defeat, bettering the mark set by the three-time European Cup-winning side of the late 1970s and early 1980s.

“Everybody spoke about Liverpool’s injuries,” Rodgers said. “I don’t go with that narrative.

“I don’t see it as a depleted back line. I know they are missing Virgil van Dijk, but (Joel) Matip is a top player.

“Fabinho has played there against Chelsea and against top players. Andy Robertson has always played, Alisson is the number one goalkeeper and James Milner wherever he plays he does an incredible job.

“Their unbeaten home run is an incredible record, and it shows you the power and the strength in depth that they have. They are an outstanding squad of players.

“They are still very strong, have top players, look at the midfield which had players who always play.

“They are an outstanding team, super organised, they play with heart, quality and were the better team.”