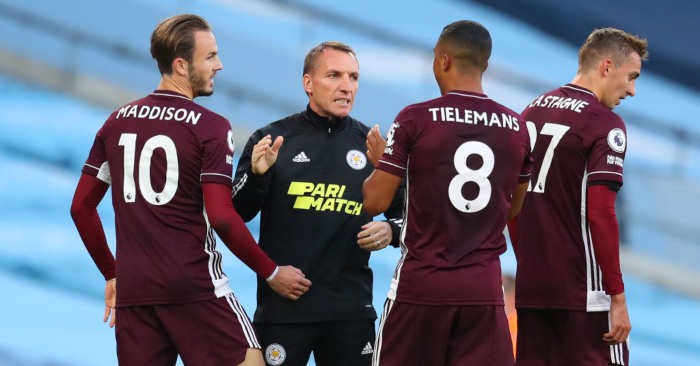 The last time Brendan Rodgers was named Premier League Manager of the Month, it was March 2014 and Liverpool had won five consecutive games – ending with a 4-0 shellacking of Tottenham – that left the Reds two points clear of Chelsea and four clear of Manchester City at the top of the table. After the showers of April and May, being reminded of the highs of March was likely not ideal; in 2020, that particular award might well be hidden behind a trillion trinkets from Scotland.

Should Rodgers win again – as is likely with Leicester atop the nascent Premier League table – this award will not be so easily tarnished; this has been an astonishing start from the Foxes in the context of their limited transfer business, their defensive injuries and last season’s late collapse. This has been a triumph of man-management and innovative thinking. “The problem with being a manager is it’s like trying to build an aircraft while it is flying,” is a quote that Rodgers might have contrived to describe such a summer and such a season.

Leicester began this campaign without three-quarters of the back four that had taken them to within a whisker of the Champions League, with Ben Chilwell sold, Ricardo Pereira a long-term absentee and Johnny Evans initially unavailable. Rodgers had to find solutions: James Justin was switched to left-back to accommodate impressive new signing Timothy Castagne and Wilfred Ndidi came into central defence as an unlikely stop-gap. That necessitated a recall for midfielder Nampalys Mendy, initially released but then re-signed this summer; this weekend he will pass last season’s total of Premier League minutes.

With Evans fit again but the excellent Ndidi now sidelined, Rodgers had to find another solution for a daunting trip to Manchester City. Nobody – and especially not Pep Guardiola – saw a back five coming, with Daniel Amartey playing his first Premier League game in almost two years. At centre-half. The last time Amartey played for Leicester in the top flight (at right-back), Claude Puel was embarking on his ill-fated attempt to phase out Jamie Vardy, which now seems particularly silly.

Rodgers’ tactics might have infuriated Guardiola but they were perfect, using the smart runs of Vardy (see Daniel Storey’s effusive and detailed praise here) and the incisive passing of his midfield to find him, all while keeping the back gate locked. This is also a Leicester side easing James Maddison back, but Harvey Barnes, Dennis Praet and Youri Tielemans have started the season in extraordinary form. Considering that these players ended last season – just two months ago – so obviously tired and emotionally drained, Rodgers has somehow pulled them back off the floor to go again.

Now there is a real possibility that Leicester could be the first team since Everton – under David Moyes and then Roberto Martinez – to break up the Big Six in consecutive seasons. For all the talk of a Champions League place being the glass ceiling, it’s actually joining the party for more than an hour that is the real measure. To go from gate-crasher to invited guest. Under Rodgers, Leicester are better placed than ever to get their feet under the table.

While Everton’s early-season excellence owes much to summer business which has transformed their midfield, Leicester’s start feels like the best of Rodgers, his man-management rescuing fringe players and his tactical acumen finding innovative answers. If this is the curious season which is going to reward box-defying coaches with ideas to combat fatigue and a lack of energy from supporters – and it seems like it might be – then Rodgers could thrive. The early signs are excellent.