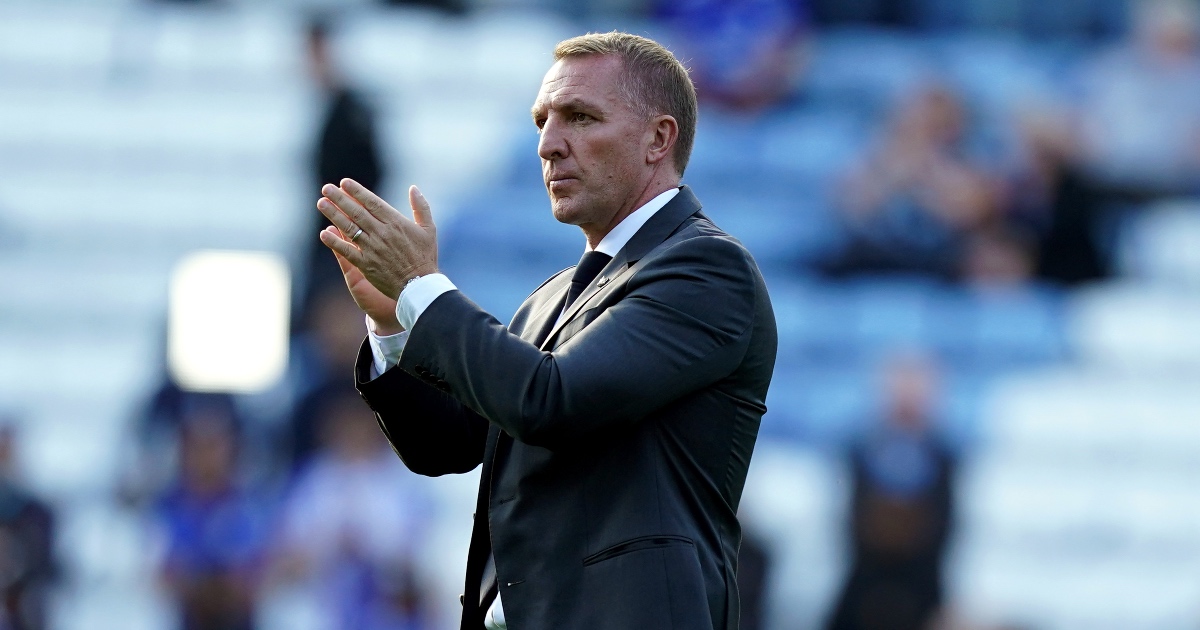 Brendan Rodgers has given credit to Burnley after Leicester drew 2-2 with the Clarets at home.

Sean Dyche’s men took a surprise lead in the 12th minute as Jamie Vardy headed a corner into his own net.

The 34-year-old made amends for his error by bringing Leicester level in the first half.

He was sent through on goal by Youri Tielemans and beat Nick Pope with a neat finish.

Burnley soon restored their lead thanks to record signing Maxwel Cornet. The 24-year-old was picked out by Matej Vydra at the back post and sent a brilliant first-time volley into the net.

Leicester worked hard after the interval to get back into the game. Rodgers brought on James Maddison but the England international could not help break the deadlock.

Vardy stepped up shortly before the final whistle to make it 2-2. He ran on to a Kelechi Iheanacho ball and went round Pope before finishing.

Chris Wood thought he had won it for Burnley at the death, only to see his header ruled as offside.

Rodgers told reporters after the draw: “We showed a really good reaction but conceded too early to go 2-1 behind. You have to give credit to Burnley and some of the blocks [they made].

“We didn’t make the keeper work as much as we would have liked. We just failed to make the finish.

“Of course we would have liked to have done better. When any team is confident you have a greater chance to succeed. There’s lots for us to improve on.”

When asked about veteran goalscorer Vardy, Rodgers added: “He makes his runs and wonderful finishes. They made some great blocks to stop him from getting a hat-trick.”

Burnley boss Dyche said: “We lost Jay Rodriguez to a hamstring injury [in training] but I thought Matej Vydra and Chris Wood were excellent. Maxwel Cornet had a good performance but we lost him to injury too.”

The English manager then confirmed that the Ivorian had suffered a hamstring injury. The severity of his problem is not yet known.

On waiting for a first win, Dyche added: “We have to earn the right. I don’t want to sound like a broken record, the performance was decent again. It’s that balance – I’m aware of how the team is performing but you have to turn it into wins.”