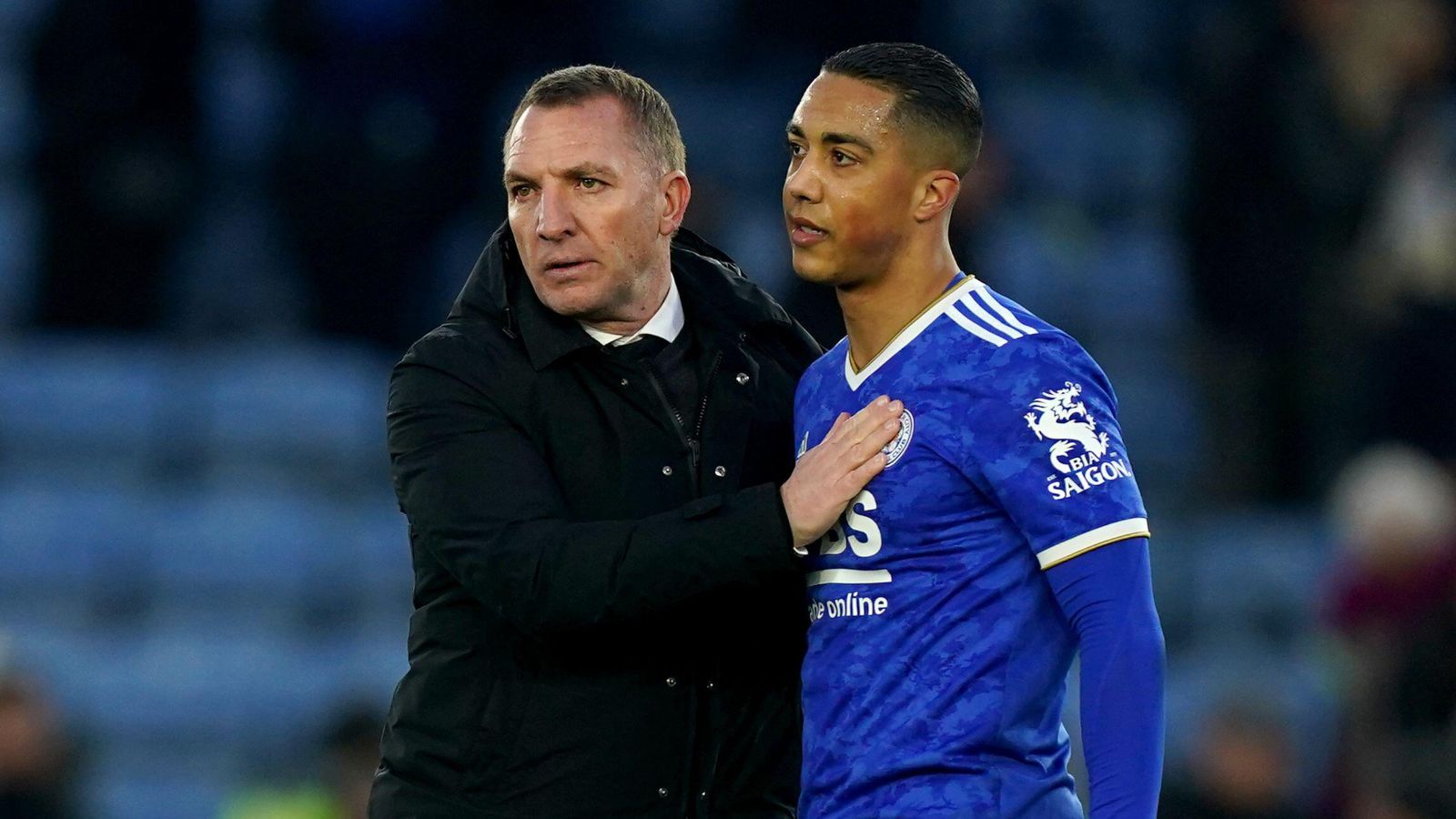 Brendan Rodgers has insisted that he “would love” Youri Tielemans to sign a new contract that would keep him at Leicester beyond the end of this season.

Arsenal are among the clubs who have been linked with the Belgium international who is out of contract next summer.

Leicester’s ability to keep Tielemans has been hurt by their struggles this term. They head to Everton this weekend in the bottom three and with only three wins in 13 outings.

But Rodgers believes there is still a chance Tielemans stays at the King Power Stadium.

“In terms of fitness, he’s been OK,” Rodgers said. “He has been a fantastic professional for us, even though he is in the situation with his contract.

“He’s never wavered from his mentality and what he gives to the team. He provides the team with know-how in the game; he is wonderful to work with. I’d love him to sign another deal and continue his journey at Leicester, but we’ll see.”

The Foxes may still be in the relegation zone, but there has been an uplift in mood in recent weeks. Having failed to win any of their opening seven Premier League games, Leicester took 10 points from five prior to last Saturday’s 1-0 home defeat to champions Manchester City.

“It has been a process, even in the games we were losing we were playing well, but we threw points away,” Rodgers said. “It has been a case of analysing, working hard on the training ground and clarifying things…

“We still have a long way to go. We are defending much better and giving ourselves a platform in games. We’ve played better and we want to continue with that.”

After Everton and a Carabao Cup fixture against Newport in midweek, Leicester must head to West Ham in their final league match before the World Cup break – with back-to-back away games counting against them in their efforts to avoid sitting in the bottom three for the six weeks before the league resumes.

“Ideally you wouldn’t be (in the bottom three during the break) but it will still be very early in the campaign,” Rodgers added. “It is something we have been buoyed by, our mentality and form. We’ve got two tough away games to come, but we are ready for the challenge.

“We’ll play an Everton team that have done well and made a steady start to the season. For us, it is just a case of looking to the next game and maintaining our mentality.”

Saturday will also be a final chance for James Maddison, James Justin and Harvey Barnes to make their case to England manager Gareth Southgate before he names his World Cup squad on November 10.

“It is a case of them doing what they can for Leicester and playing to the highest level possible,” Rodgers said.

“Then it will be up to Gareth to pick his squad. For all the players, it is getting to the period where they want to play their best football, stay fit and available and see if they can make the squad or not.”

READ MORE: Parker to Arteta: Ranking all 26 Premier League managers from the season so far