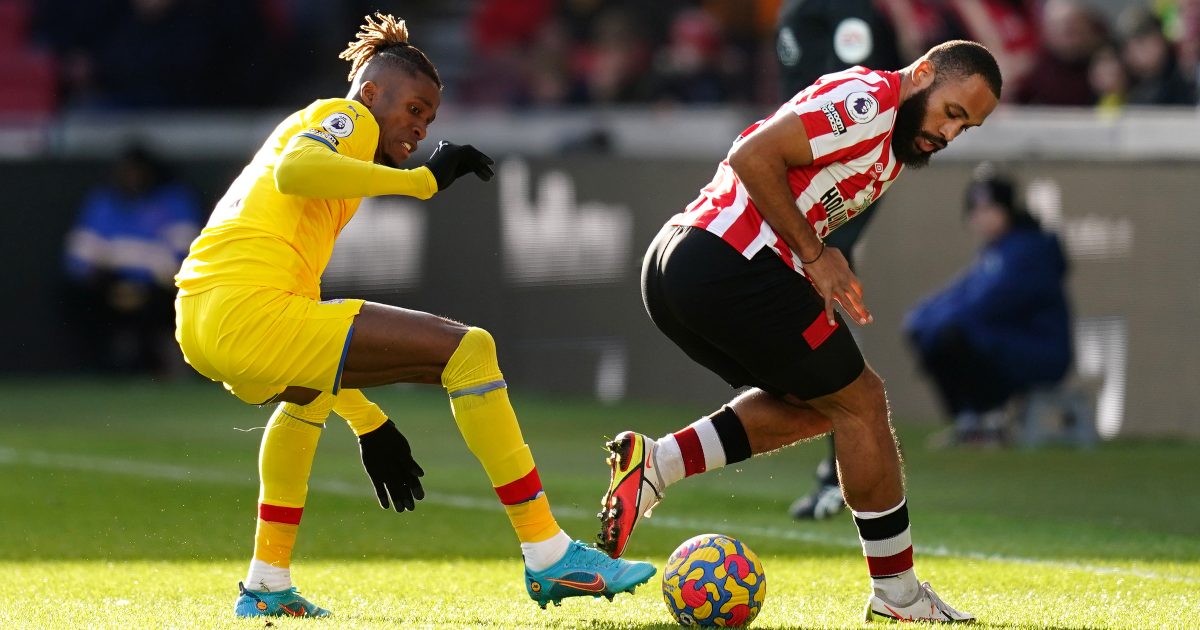 Brentford recover from losing six straight games as they earned themselves a point against their London rivals Crystal Palace.

Christian Eriksen was introduced on the pitch to Brentford fans before kick-off, eight months to the day since he suffered a cardiac arrest during Euro 2020.

The Denmark international did not play against Palace but he is expected to play in a behind-closed-doors friendly against Arsenal next weekend.

On this evidence that first appearance cannot come too soon after a bore draw crying out for someone of Eriksen’s creativity and craft.

Brentford did at least end a run of five straight defeats to leave Palace still searching for their first league win of 2022.

The hosts looked the most likely to make the breakthrough, with Christian Norgaard firing over early on before Rico Henry’s drive was deflected over by Joachim Andersen.

Brentford felt they should have been awarded a 15th-minute penalty when the ball struck the out-stretched arm of Palace defender Marc Guehi at a corner, but despite a VAR check nothing was given.

Then Sergi Canos played Bryan Mbeumo in behind with a clever through-ball, with Eagles keeper Vicente Guaita quickly off his line to make the block.

But Thomas Frank’s side have conceded the opening goal in 16 of their past 17 Premier League games and they nearly did so again on the half-hour mark after a mistake by Norgaard, who played a blind back-pass straight to Odsonne Edouard.

The French forward’s through-ball sent Jordan Ayew racing through on goal but he shanked his effort into the side-netting.

Wilfried Zaha took time out from his running battle with Canos to fire in a shot which David Raya held and Canos headed Mbeumo’s cross wide before half-time.

After the break Bees substitute Josh Dasilva’s low centre just evaded Mbeumo before Andersen hacked it clear, and Guaita pulled off a fine reaction save to keep out Pontus Jansson’s header.

Canos was perhaps lucky to escape a second yellow card for body-checking Zaha into touch as the game descended into niggly foul after niggly foul.

Eagles boss Patrick Vieira sent on Jean-Philippe Mateta and Michael Olise in a bid to pep up his labouring attack, but Zaha squandered their best chance when he took a touch from Conor Gallagher’s cross rather than shooting.

Zaha took a late tumble in the area which came to nothing and Raya saved in stoppage time from Andersen.

But in a match where defences were on top, neither side was able to muster a winner to leave Palace still with only one away victory to their name this season.