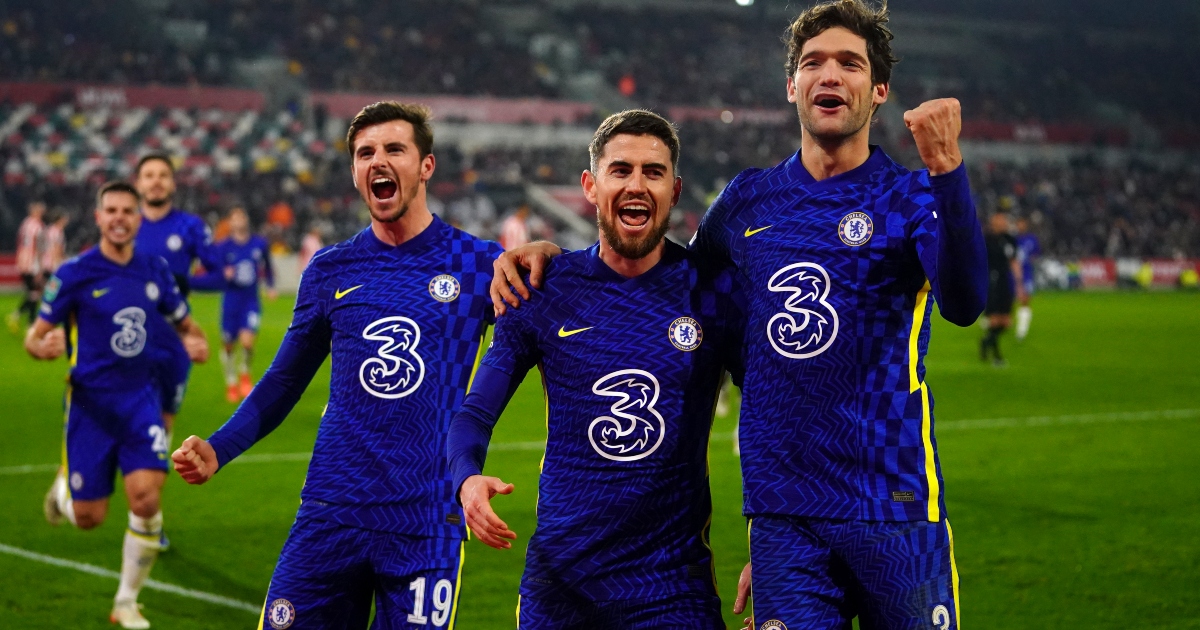 Two late goals have edged a mix-and-match Chelsea side past Brentford in the quarter-finals of the Carabao Cup.

But it was substitutes N’Golo Kante, Reece James, Mason Mount and Jorginho who turned the tie in Chelsea’s favour.

Why are we pretending Liverpool have a tiny squad?

They left it late but Pontus Jansson’s own goal finally broke the deadlock and Jorginho wrapped up victory from the spot.

The Bees created the first clear chance when Rico Henry tore down the left wing and, after his initial cross was blocked, pulled the ball back to Bryan Mbeumo, whose cross found the head of Yoane Wissa only for Kepa Arrizabalaga to pull off a fine reaction save.

England Under-19 forward Soonsup-Bell was finding some early space in between the Brentford backline and his cross from the left found Ross Barkley, but the midfielder’s volley was well off target.

Moments later Marcos Alonso’s cross was met with a wild volley over the crossbar from Cesar Azpilicueta.

Kepa came to Chelsea’s rescue again when he palmed away a powerful header from Mathias Jensen and then saved bravely at the feet of the marauding Henry, before teenager Simons forced the first save from Alvaro Fernandez with a shot from the edge of the area.

Moments before half-time the best chance of the opening half fell to 18-year-old Vale, left all alone in the area only to head Azpilicueta’s cross straight at Fernandez.

Bees keeper Fernandez was scrambling at the start of the second period when Saul’s cross came off defender Mads Bech Sorensen and threatened to creep inside the far post.

Chelsea’s kids had all departed by around the hour mark with Jorginho, Mount, Christian Pulisic and James sent on as reinforcements, while Bees boss Thomas Frank turned to Ivan Toney, recently recovered from Covid.

But it was the arrival of Kante, who Tuchel had maintained would not be involved, who provided the spark behind Chelsea’s opener.

The midfielder’s quick feet on the edge of the area evaded a couple of Brentford challenges before he slid in James, whose cross was bundled into his own net by Jansson.

Three minutes later Chelsea had their second after Mount was clumsily tripped by Fernandez and Jorginho fired the Blues through.