Home All The News Brentford 1-2 Leeds United: Jesse Marsch’s side earn victory on final day to stay up 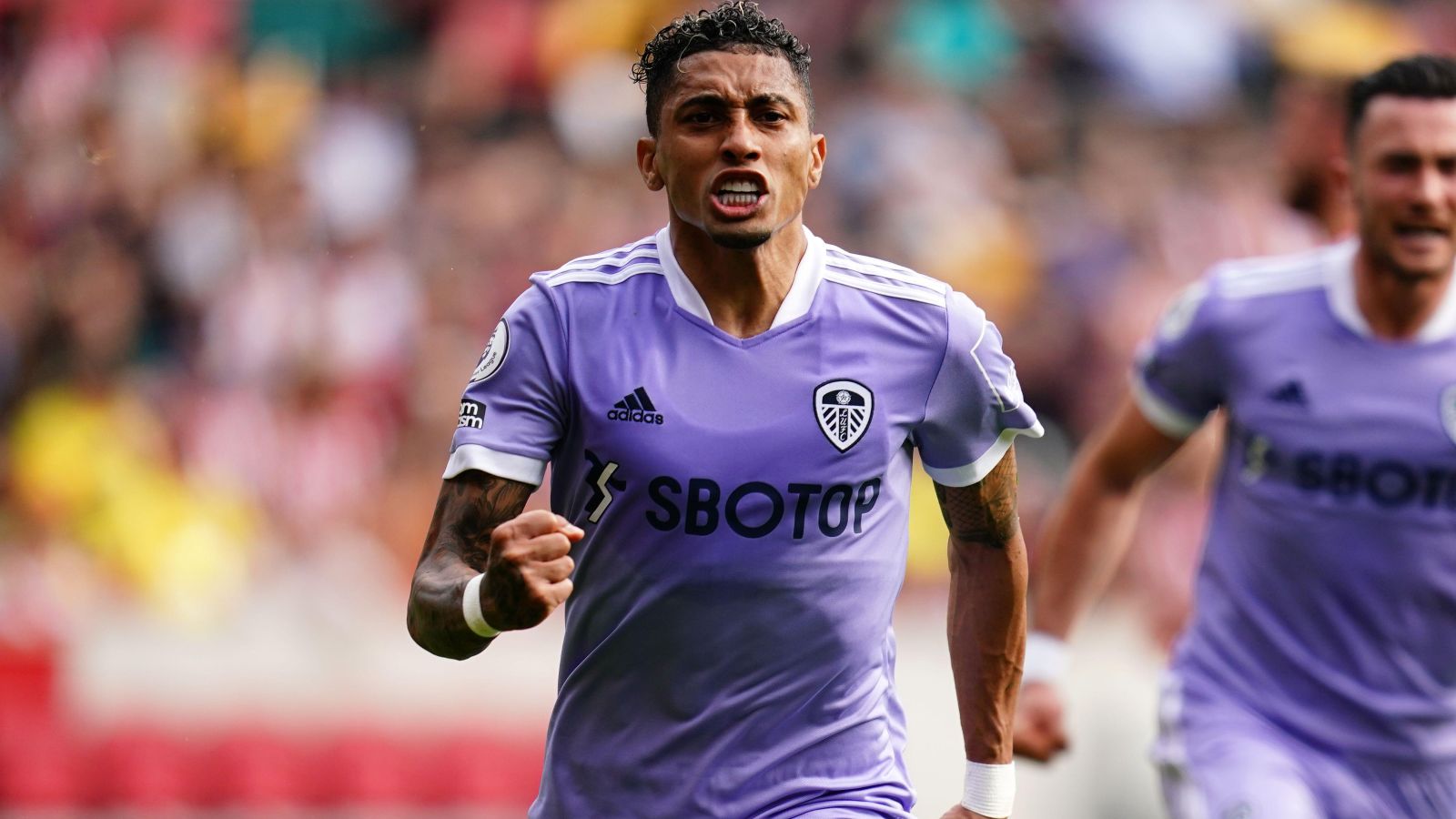 Goals from Raphinha and Jack Harrison earned Leeds United the points they needed to stay in the Premier League.

Jesse Marsch’s side needed to better Burnley’s result against Newcastle to stay up.

Leeds went in the second half as Raphinha found the net from the penalty spot.

Raphinha then successfully dispatched the spot-kick to hand Leeds a crucial advantage.

However, Thomas Frank’s side fought back and levelled through substitute Sergi Canos’ header at the far post, although he was booked for his shirt off celebration.

Canos was shown a second yellow card and dismissed for a foul on Raphinha, leaving his side with nine men. Kristoffer Ajer had already been forced off through injury after the Bees had used all their substitutions.

In added time, Leeds were able to capitalise on the numerical advantage, as Harrison’s drive from distance was deflected in to ensure their Premier League survival with Burnley have gone down to a 2-1 defeat against Newcastle.

Leeds started the game in nervy fashion, with Brentford forcing a corner almost immediately, but it was the visitors who had most of the early possession, with a probing cross from Harrison just ahead of Joe Gelhardt and Raphinha.

However, Brentford had a chance almost immediately afterwards from a Christian Eriksen free kick, but his well-struck curled ball was put wide by Yoane Wissa at the far post.

In the 17th minute, Leeds pressed again, with Sam Greenwood driving into the box, but his strong shot was over the Brentford bar.

Leeds had the ball in the back of the net in the 20th minute, only for Gelhardt to be ruled offside by VAR after a strong finish past Raya.

With Leeds pushing for a breakthrough, Raphinha tried his luck from distance but his powerful strike was always rising as it sailed over the bar.

Leeds goalkeeper Illan Meslier had to be alert in the 35th minute to palm over an attempted looping lob from Mathias Jensen after being set up following a clever nutmeg from Bryan Mbeumo.

Eriksen also had a chance soon after with a shot that was deflected wide off Ivan Toney, with Mbeumo also dragging wide just before the half time break.

At the start of the second half, the Bees had another chance, with Eriksen’s ball being flicked on to Mbeumo, but his strike was straight at Meslier and at a relatively straightforward height.

Leeds moved a small step closer to Premier League safety when they broke the deadlock in the 56th minute from the penalty spot.

Raya fluffed his clearance and then caught Raphinha trying to make up for his mistake. The Brazilian made no mistake from the spot, sending the goalkeeper the wrong way.

Brentford grabbed an equaliser in the 77th minute when Wissa crossed the ball to the back post and Canos looped home a header to level the match.