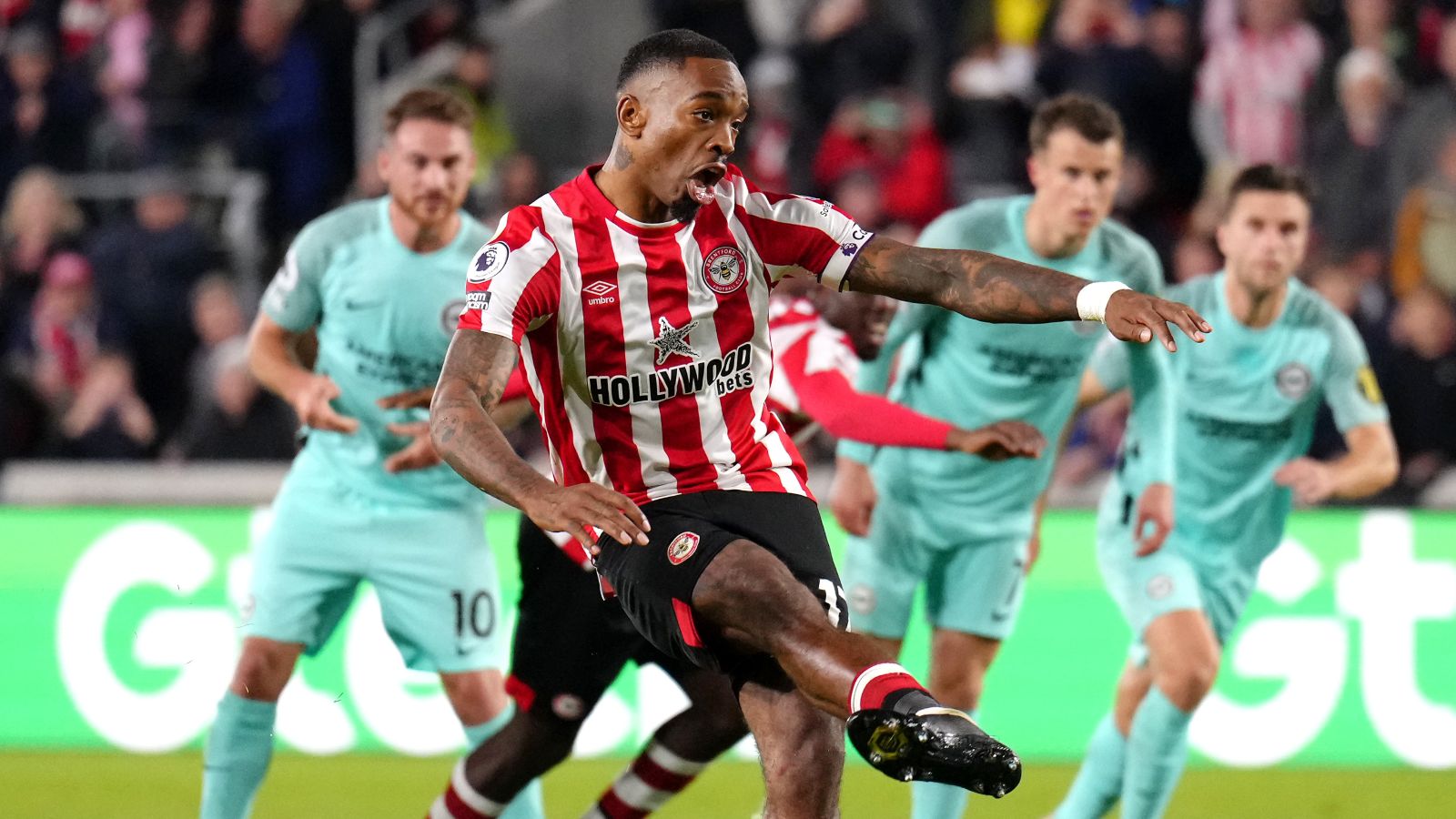 Bees striker Toney was called up to play for England for the first time last month but he did not play against Italy or Germany.

The in-form striker is becoming hard to ignore after boosting his case with two goals, a smart backheel followed by another penalty.

Toney now has eight Premier League goals this season, level with Harry Kane, with only Erling Haaland having scored more.

Brentford did not manage to score in two defeats by Brighton last season, and Toney went about trying to right that wrong from the start.

His dangerous cross was headed wide by Frank Onyeka header before Yoane Wissa sent a curling effort just past the far post.

But Brighton, who warmed up in shirts bearing the name of midfielder Enock Mwepu ahead of their first game since the 24-year-old had to retire because of a hereditary heart condition, began to exert control.

Danny Welbeck had a goalbound shot blocked by Ethan Pinnock and a header saved by David Raya.

Bees goalkeeper Raya did extremely well to get a hand to a vicious, swerving 25-yard drive from Moises Caicedo and tip it over the crossbar.

Then, from the corner, the Spaniard had to paw away a close-range effort from Joel Veltman.

It seemed Brighton were bossing the match, but moments later at the other end Bryan Mbeumo was desperately unlucky to see a stunning first-time volley hit the crossbar.

But Mbeumo played a key role in Brentford’s opener in the 27th minute, winning the ball back before playing in Onyeka down the right.

Onyeka’s low cross was met with an instinctive backheel flick from Toney, the ball slipping through the legs of Seagulls defender Adam Webster as it rolled in.

There was an unseemly, and wholly unnecessary, skirmish on the touchline before half-time when Bees boss Thomas Frank tried to prevent Veltman from collecting the ball for a quick throw-in.

Staff from both teams got involved in the shoving and posturing before referee Michael Salisbury eventually restored some order and booked both Frank and opposite number Roberto De Zerbi.

Veltman was the villain after the break when his clumsy foul on Toney gave the “best penalty-taker in the world”, according to Frank, the chance to take his spot-kick tally for Brentford to 20 out of 20.

He did just that, sending Seagulls keeper Robert Sanchez the wrong way and giving Southgate another nudge in the process.