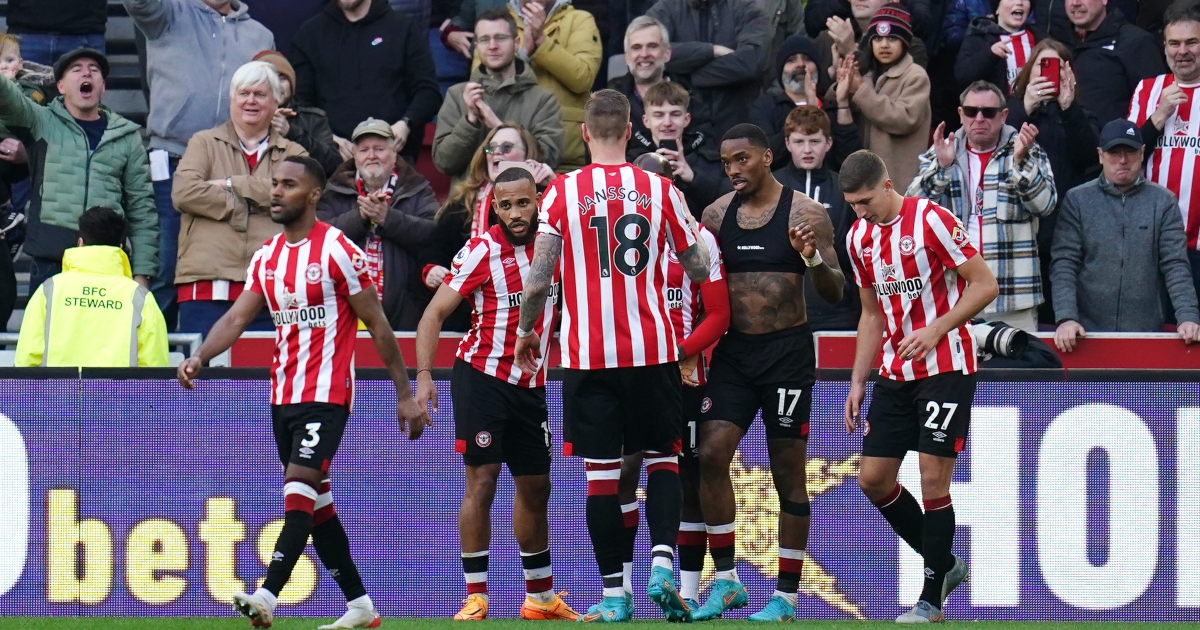 The striker, who hit a hat-trick against Norwich last weekend, made it five in two matches as the Bees secured back-to-back victories for the first time this season.

Sheffield United are thriving after one Heck of a decision

Christian Eriksen, starting only his second match for the Bees since joining in January, lifted in a perfect cross for Toney to head home with just five minutes remaining.

Toney then sealed the victory from the penalty spot after being brought down by Nathan Collins, who was sent off on a tough afternoon for the Clarets.

Victory for Burnley would have lifted them out of the bottom three for the first time this season, but Jay Rodriguez was denied by the frame of the goal as they drew another blank.

Burnley have struggled in front of goal all season and could not get recent signing Wout Weghorst into the match, but they created two excellent chances as the first half wore on.

YOU LOVE TO SEE IT 😍

Then Josh Brownhill’s chip into the penalty area found McNeil, who really should have hit the target with a diving header but planted it well wide.

Bryan Mbuemo, who put an early chance over the crossbar, thought he had broken the deadlock on the stroke of half-time when he prodded the ball past Nick Pope at the far post.

But former Bees defender James Tarkowski, booed relentlessly despite almost six years having past since he left the club, slid in to hook the ball away from under the crossbar.

Brentford almost shot themselves in the foot after the break when Rico Henry fluffed an attempted backpass but Raya came out quickly to repel Cornet.

Clarets substitute Rodriguez then came agonisingly close to finding the net but his 25-yard shot cannoned back off the woodwork.

Instead it was Brentford who snatched the victory when Eriksen, who had earlier forced a fine save out of Pope, curled in an inviting cross for Toney to head home at the far post.

Moments later the striker was sent tumbling by Collins, who was shown a straight red card by referee Paul Tierney.

Toney stepped up to convert his third penalty in two matches and lift the Bees nine points clear of the relegation zone.